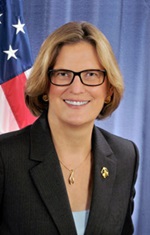 “WomenVenture is growing,” said Janine Diana, EAA vice president of people and culture. “It started as a photo, then we added a lunch, and now it’s an entire day of activities devoted towards women in aviation. It’s an event for women to build camaraderie and to use our collective voice to inspire and motivate women of all ages to get engaged in aviation.”

Here is an updated schedule for WomenVenture, July 22:

WomenVenture is a special day designed to encourage and inspire women to pursue a career in aviation, but we encourage all women to stop by the EAA Welcome Center and sign the WomenVenture logbook throughout the week.

As in past years, a limited edition WomenVenture T-shirt will be available to all women who participate (while supplies last). Those T-shirts can be picked up at the EAA Welcome Center on the EAA AirVenture grounds beginning on Monday, July 20. Women are encouraged to wear the T-shirt for the group photo on July 22 to show the collective strength of women involved in the flight community.

In addition, women are invited to the Welcome Center to sign the WomenVenture logbook any day during EAA AirVenture 2015.