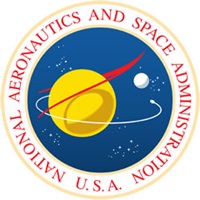 July 2, 2015 - One hundred years ago the National Advisory Committee for Aeronautics (NACA) was formed – the agency that in 1958 would become the National Aeronautics and Space Administration (NASA). This year NASA returns to EAA AirVenture Oshkosh 2015 with an exciting array of presentations to help commemorate its rich past and discuss current and future projects. NASA will have an exhibit throughout the week in the new Aviation Gateway Park.

Here is what NASA has on schedule for EAA AirVenture Oshkosh 2015:

Living in Deep Space – Wednesday, July 22, 11:30 a.m.-12:45 p.m., at Forum Building 9 - Experts will answer the question, “Is long term habitation possible independent of Earth?” Industry leaders are working to determine the optimal habitat for human life on an alien planet. Presented by Boeing’s Keith Reiley, who has 30 years of experience in space systems design, operations, and development. Forum Building 9 is sponsored by Honda Generators.

Exploring Deep Space, Thursday, July 23, 10-11:15 a.m., at Forum Building 4 - Learn about America’s new Space Launch System and the Orion spacecraft, which are being designed to take humans deeper into space than we’ve ever been. Confirmed speakers include NASA’s Susan Baggerman and Keith Hefner.

Space Trends Changing the Future - Thursday from 2:30-3:45 p.m., at Forum Building 7 – A panel, including four-time shuttle astronaut Charlie Precourt, will discuss the top space trends that will transform life in the 21st century and beyond. The first 100 people to arrive will receive a free gift! Confirmed panelists include Charlie Precourt and Jeremy Redden of Orbital ATK, Larry Price, Lockheed Martin, and Kathryn Crowe, NASA.

Orion: The Most Advanced Spacecraft Ever Built – Thursday, 8-10 p.m., at Theater in the Woods - Learn about NASA’s Orion spacecraft, the exploration vehicle intended to take astronauts farther into space than ever before. Presenting will be Larry Price, Lockheed Martin’s deputy Orion Program manager, and Susan Baggerman, health and medical technical authority to the Orion Program office.

Finding Life in Other Worlds – Friday, July 24, 2:30-3:45 p.m. at Forum Building 9 - Experts from NASA and the aeronautics industry will discuss discoveries the Kepler spacecraft is making as it crosses the Milky Way in search of the signatures of life; what the Webb Space Telescope can teach astrophysicists about potentially life-supporting solar systems; and the tools needed to find other life in space.