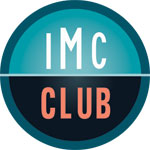 July 21, 2015 - EAA and the IMC Club have signed a letter of intent regarding EAA’s possible acquisition of the IMC program. This letter, signed this week at EAA AirVenture Oshkosh 2015, is only a preliminary step toward further discussion of a closer relationship with no legal commitments yet made.

“Our discussions with the IMC Club began as all of us looked for a way to give long-term stability for the IMC concept, which enhances safety for aviators with instrument ratings and others involved in flight,” said Rick Larsen, EAA’s vice president of communities and member programs. “EAA has always been about the sharing of knowledge and information among its members, and the IMC Club concept is another way to bring that to EAA members and other aviators by possibly leveraging the EAA chapter network.”

An EAA-owned IMC program might include such components as providing EAA chapters with the ability to incorporate IMC programming; monthly scenarios within IMC programming that would facilitate discussion and learning; and shared resources within EAA membership and chapters to increase the reach and impact of IMC programming.

“Ultimately, we all share the same goal: making better and safer pilots throughout the flying community,” Larsen said.

As this letter of intent is only a preliminary document with no legal commitments, further information will be released when and if any formal agreement or transaction is completed.