Give Vietnam Vets the Welcome Home They Deserve

By Barbara A. Schmitz

Mike Brautigam and Randy Wellens didn’t have much of a welcome when they returned from Vietnam. But nearly 50 years later, Mike, Randy, and 103 other Vietnam veterans will get the homecoming they deserve.

The Yellow Ribbon Honor Flight, partnered with EAA and American Airlines, took off early Friday morning for Washington, D.C., with 105 Vietnam veterans and 55 guardians, medical volunteers, organizers, and others, according to Diane MacDonald, a founding board member and organizer.

Diane said the veterans will visit memorials, Arlington National Cemetery, and the Smithsonian’s Price of Freedom exhibit, all while under police escorts so they can cover a lot of ground in a short amount of time. The veterans will also have time to interact with each other, eat lunch and dinner, and be back in Oshkosh around 6 p.m. for a welcome home ceremony on the EAA AirVenture Oshkosh grounds.

“We train our guardians to lend a listening ear, and to give the veterans some space so they can reflect,” Diane said. Half of the group from Northeastern Wisconsin was stationed stateside, and the other half were in Vietnam. While they had different experiences, most know someone close to them who died while on duty, she said. 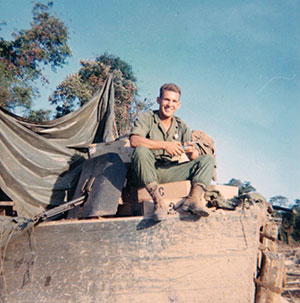 Mike served in Vietnam for a year until May 1968. Although he was trained for the infantry in the U.S. Army, his job changed as soon as he arrived in Southeast Asia. “The regiment I was assigned to had lost 15 people the day before,” he said. Instead, he was assigned to an armored personnel carrier, working primarily as a driver.

When he arrived back in in California, there was no family or friends to meet him. He was issued new underwear, fatigues and a dress uniform, and advised not to go home wearing his uniform, if he didn’t want to be spit on or cussed at. “In fact, they had to advance me my pay so I could go to the Post Exchange and buy civilian clothes,” he recalled.

He flew to Chicago, and then to Appleton — where he still lives — for a monthlong break. The only people who greeted him at the airport were his family. Throughout the years, he seldom spoke of the war to anyone.

Mike said he had been on the Honor Flight waiting list for 18 months. It was something he felt he had to do for his friends who didn’t make it back. One time, he was scheduled to go on ambush patrol after dark. “One of the guys who was going home in two weeks said he would go in my place since I still had eight months to go,” he recalled, his voice crackling. “None of them came back. You don’t forget it; it’s like it happened yesterday.”

Mike, who has never been to D.C., said he wanted to see Leonard Tedesco’s name on the Vietnam Wall. Leonard, a Pennsylvania native, was the man who volunteered to take Mike’s place on that ambush patrol long ago. “If he hadn’t volunteered to take my place, I wouldn’t be here. That’s the truth. He definitely made the ultimate sacrifice, and as long as I live, I will never forget his name,” he said. 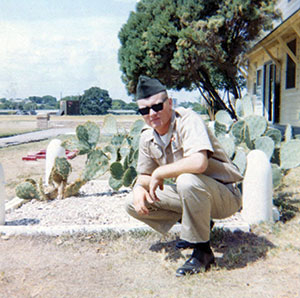 Randy, of Allouez, Wisconsin, served as an infantryman for four months, walking the jungles for weeks at a time until his unit disbanded. He then became an ambulance driver for the remainder of his 13-month stint in Vietnam.

Returning home in December 1970, Randy said no told him not to admit to being a Vietnam vet. “But I could feel it,” he said. “Nobody even acknowledged that I was back except my family. I never talked about it for 20 or 30 years, except if someone would ask questions. I came back and tried to put the experience behind me.”

Randy said he signed up for the Honor Flight because he wanted to talk to people who were also there. “They just understand better; they know what you’re talking about.”

Unfortunately, Randy also knows too many names on the Vietnam Wall, such as Mark Tonti, of Ohio, who was one of his closest friends in the infantry.

Diane has been organizing the Honor Flights since 2009, and the Fox Valley organization has taken about 3,600 veterans in more than 40 missions to Washington, D.C., and back. Currently, about 700 veterans are on a waiting list to go on a flight.

This is the fifth year the Honor Flight will land back on the AirVenture grounds. “We hope that EAA-goers will come out and welcome the plane home and show their appreciation to our vets,” Diane said. “And I encourage them to get involved. If they don’t live near here, there are 102 flight hubs across the country looking for volunteers.”