July 2018 - On June 9, 2018, EAA Chapter 1051, the Scotia Eagles, hosted a Young Eagles rally at the new Kings Aerodrome (CHL2). The recently developed airport is located in Hillaton, about 8 kilometres north of Wolfville in Nova Scotia’s beautiful Annapolis Valley, and it boasts an east/west 1,763-foot paved and lighted runway and a shorter north/south turf strip complete with paved taxiways and ramp areas. The owner/developer, Ron Testroete, and his partners are doing an outstanding job in supporting and encouraging the re-establishment of general aviation in central Nova Scotia after the shortsighted and tragic closure of nearby Waterville Airport by the local municipality. See our article about this in the April 2014 issue. — Ed 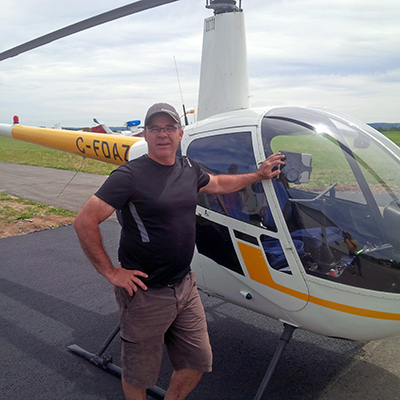 Ron Testroete with his R22 helicopter.

Ron was quick to offer the site as a new home base for Chapter 1051, and Kings Aerodrome is now also home to Kings Aero, a new aircraft maintenance facility, and it is hoped they will soon add helicopter and fixed-wing flight training, fuel, a snack bar, and other amenities. There are three hangars in operation now with two more under construction. The emergence of CHL2 couldn’t have come at a better time for the Nova Scotia flying community, and you can feel a real sense of promise and optimism in the air, something that has been sadly missing since the Waterville debacle. Ron wants everyone to know that a warm welcome awaits you at this new and exciting facility where hangar lots and other development opportunities are available.

Chapter 1051 has been in existence for many years, but like others, it has seen interest ebb and flow. Chapter President Gerard Killam reports that recent developments, including the growing excitement at CHL2, have led to a resurgence of activity. 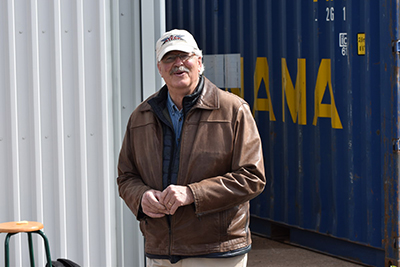 The well-organized and highly successful Young Eagles rally is a great example of chapter members coming together for a common purpose. 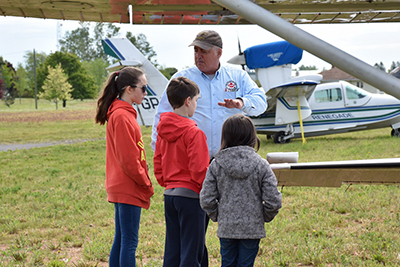 Youngsters get the all-important walkaround talk.

The Chapter’s Young Eagles coordinator, Larry Bogan, arranged for four fixed-wing aircraft that, along with Ron Testroete’s Robinson R22 helicopter, made lots of seats available — enough to easily handle the 27 kids who signed up. 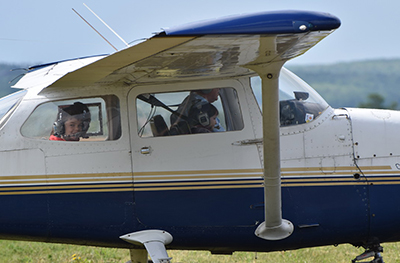 Three up — and having fun. 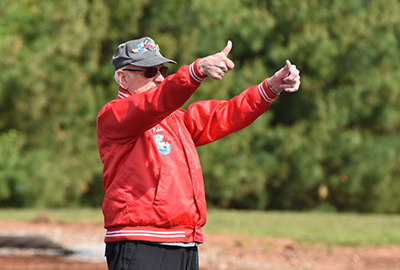 Volunteer gives the thumbs-up to another flight.

There were plenty of ground crew volunteers, which made for a smooth-running operation that included a sophisticated flight simulator, and aircraft familiarization and construction techniques presented by chapter members. 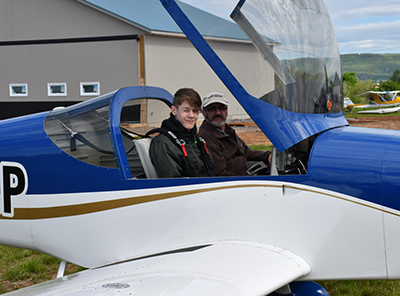 A Young Eagle gets his first flight. 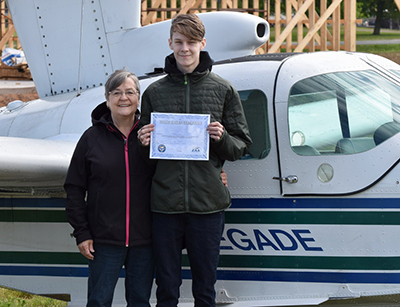 And his all important certificate.

The event was capped off by a chicken barbecue hosted by Ron and Kathie Testroete. Feedback from parents and other participants has been very positive, and plans are already underway for the next Young Eagles rally.