September 2018 - What an incredible amazing event EAA AirVenture Oshkosh 2018 was! I heard one attendee comment, “You have to be there and then in the aftermath realize how much you missed!”

What started with weather concerns for incoming aircraft on Saturday and Sunday morning, forcing multiple aircraft to hold over Fisk and many others to be turned away, became better conditions on Sunday afternoon, and extending throughout the week.

Multiple records were broken including in Camp Scholler. More than 600,000 attendees were recorded, versus 590,000 in 2017. Certainly our Canadian EAA members’ activities saw increased numbers and increased support and enthusiasm. 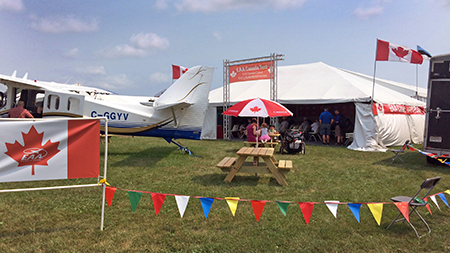 Seventeen forums attracted 719 attendees. Ian Brown’s forum “Flying to and from Canada” on Monday, Wednesday, and Friday was held to standing-room only crowds. The “Risk Management” forum presented jointly by Clinton Johnston of Global Aerospace and Jack Dueck featured not only a 5 percent discount off next year’s C-PLAN insurance premium, but also qualified as biannual recurrent training for attendees.

Every year we feature unique Canadian aircraft at our tent. This year was no exception, and the Rhino, proposed as a replacement for the famed de Havilland Beaver, drew many interested people, and potential investors. This aircraft is operated in the limited category. Kudos to EAA’s government advocacy department for helping handle the paperwork with the FAA to make its appearance possible. 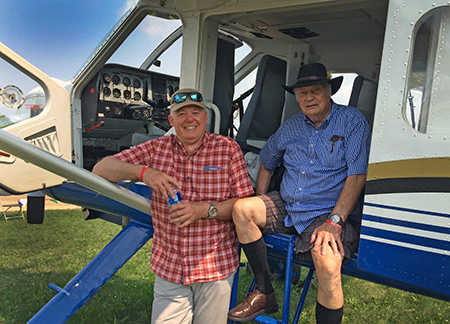 On Thursday afternoon we gave out 400 ice cream bars and drumsticks. Even then, they were all distributed within the first hour. Next year we will need to order 600 individual ice cream items. This continues to be a go-to place on Thursday afternoon for a break in everyone’s hectic schedule.

A new EAA initiative seeks to expand access to affordable flying for members by encouraging and facilitating the establishment of more EAA chapter-affiliated flying clubs. (See the article in this issue of Bits and Pieces). This is an exciting concept that will bring in more young aviators with the promise of owning and flying their own aircraft. This program is up and running in the United States and will hopefully be advanced in Canada as well. It will be administered by EAA Canada Inc. Director Jack Neima. EAA Canada Inc. is a nonprofit Canadian Corporation that is awaiting charitable status with the Canadian Revenue Agency. Its operational program is well-described in the aforementioned article. We only need interested chapters and personnel to step forward. 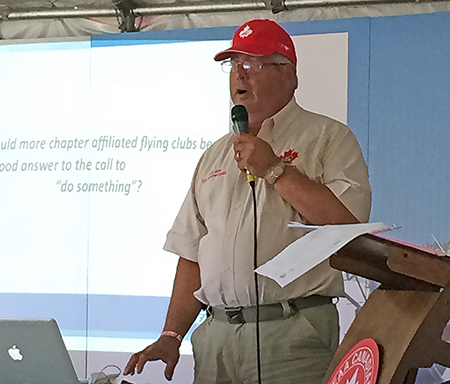 So as we leave Oshkosh this year, we can reflect on not only what we saw and what we did, but also what we missed. Next year we will again anticipate this incredible week of events, reuniting with the many friends that we have made over the years, and the many new adventures this passion of flight provides for us. A sincere thank-you to the EAA staff, to the thousands of volunteers, and to EAA’s management, making all of this happen for us.