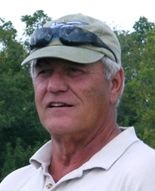 November 18, 2014 - EAA and the ultralight community are mourning the loss of David L. “Dave” Goulet, CEO of Quad City Ultralight Aircraft Corp. located in Moline, Illinois, who passed away Thursday, November 13, after a brief bout with cancer. He was 68.

The Quad City Challenger introduced in 1983 is one of the most popular ultralight/lightplanes with more than 3,500 aircraft kits in various configurations produced and flying today. Goulet led the company from the start, which made Quad City Ultralight Aircraft Corp. the oldest ultralight company still under the same continuous management.

Funeral services were on Monday in Rock Island, Illinois. Goulet is survived by his wife, Sandy, three sons, and numerous grandchildren.