July 9, 2014 - Regular readers will recall that I have been rebuilding my RV-9A for a while now. Accounting for breaks, it’s taken me eight months and counting. Rebuilding a homebuilt after flipping over turns out to be a much bigger job that one might think. Here are some of the pitfalls one discovers:

I’ve had some great help, and I deeply appreciate the excellent friends who have sacrificed their own free time, especially J-P Riendeau, Edmond Perrault, and Doug Martin. But in the end a job like this takes lots of hours of solo time and it’s easy to get distracted. The good news is that all the remediation of broken pieces is complete and the reassembly is something I’ve done before. The canopy is done except for some finish sanding and painting. 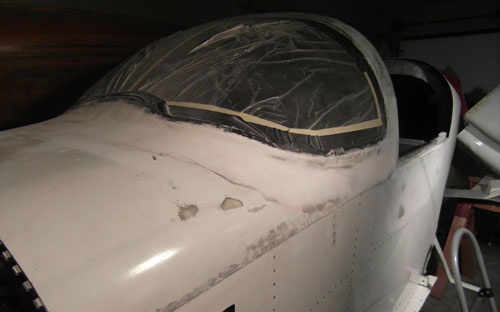 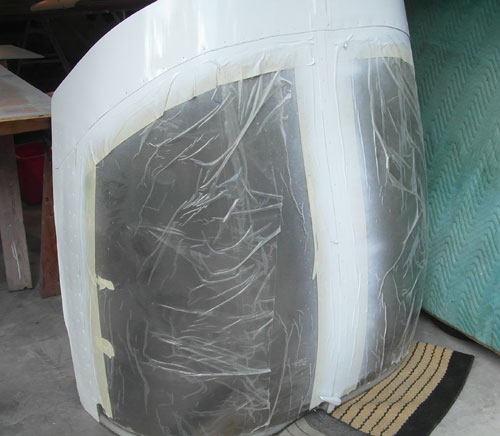 The engine gave particular problems because of interference with the cowl at the starter motor and alternator or baffles. Apparently engine mounts are similar but not necessarily identical to the ones installed 10 years ago. RVs get some of their great performance by having quite a tight-fitting canopy. Sometimes it takes two minds to solve an intractable problem. It wasn’t until my friend J-P and I were refitting the cowl one more time that it became obvious that the problem was not one of cowl distortion but interference with the left side baffle. Removing both front baffle sections not only allowed us to see the clearance of the starter and alternator well but also let us see that the cowl fit perfectly when there was nothing to stop it.

I finally got the clearance needed on the alternator but still needed a little extra clearance for the starter, so I ground out a small amount of foam and replaced it with epoxy and fibreglass, obviating the necessity to make a blister. That three-hour class at Sun ’n Fun International Fly-In & Expo on making a blister might still come in handy one day. 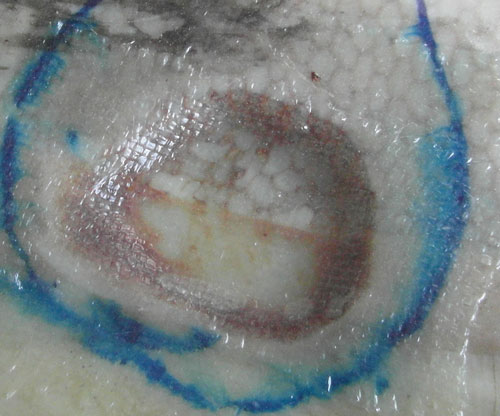 Raising the engine by putting washers under the lower vibration mounts caused interference with the baffles, so four or five tries of engine positioning using various numbers of the large 1/8-inch washers between engine mounting points and the vibration mounts finally has the engine sitting nicely centred and the cowl fitting well. 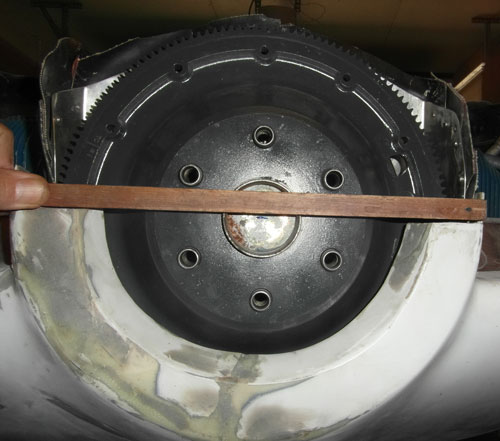 I’ve installed those vibration mounts enough times now that I think I could describe myself as a specialist. It’s not easy – single-handed or even with a friend or two. My latest spreadsheet automatically moves stuff from “to do” to “done”, and the totals currently show 260 hours to go, mainly painting. I considered having someone else do the painting, but the cost and complexity convinced me to have a go. I’ve painted before and have the equipment. I think it’s a lot easier to do at home when the aircraft is all in pieces. The total bill for the paint supplies was $850. (It’s okay; my wife doesn’t read Bits and Pieces). That is a lot but nowhere near the $50/hour cost for someone else to do it. 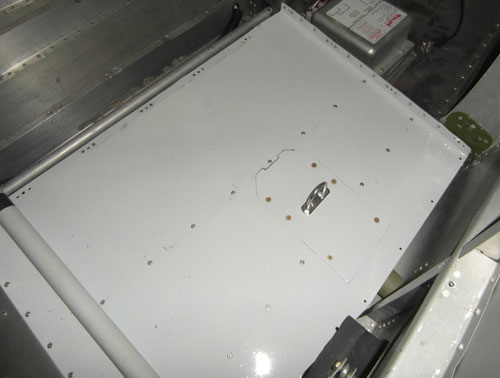 Then we’ll ship the whole thing to the airport, install the wings and empennage, and go flying. I have a new nose gear fairing and wheelpants, but I think I’ll be leaving those off for a few months while I learn to land again without getting the nose wheel to dig a furrow. Anyway, that nice new Anti Splat Aero Nose Job is going to be the talk of the airport. Wouldn’t want to cover it up now, would we?