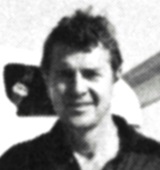 George Pereira has been involved in designing and building aircraft for more than 40 years. While at the University of California, Berkeley he enrolled as a volunteer Army cadet and soon joined the Army. In 1944 he was deployed to Italy as a B-17 pilot and later was reactivated to fly B-29s in Korea.

When George returned to Sacramento, California, he combined his knowledge of boats and aircraft and built the Osprey I seaplane, which in turn caught the attention of the U.S. Navy. The Navy variant was built as the X-28. With the success of the single-seat Osprey, the Osprey II, was built as a two-place side-by-side amphibian.

In April 1984, one of Pereira’s designs, the GP-4, was completed as a high-performance cross-country airplane. At that year’s EAA convention it won both the Grand Champion Custom Built as well as Outstanding New Design awards. His most recent design is the GP-5 Sweet Dreams. 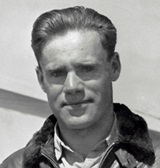 Sammy Mason is best known for his career as a Lockheed test pilot, air show performer, and author of Stalls, Spins, and Safety (1982). Sammy soloed in an Eaglerock OXX-6 at age 16. As World War II broke out, he became a pilot instructor for the Rankin Aeronautical Academy in Tulare, California, flying the Boeing PT-17 Stearman trainer. After the war he bought a surplus Stearman to use on the air show circuit. He helped start the air show group known as the Hollywood Hawks, which included Rex Wells, Ray Goudy, Roy Cusick, and others.

In the 1950s, Sammy became an engineering test pilot with Lockheed, and in 1967 became the first pilot to demonstrate a full complement of aerobatics in a helicopter.

In the 1970s, after retiring, Sammy spent much of his time instructing in primary pilot training as well as aerobatics and upset recovery training. He also wrote an autobiography titled Faith & Flight, which chronicled his life as a pilot. Sammy passed away in 2001. 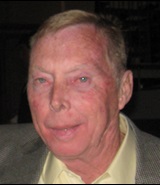 Jay Wisler, of Tampa, Florida, started selling World War II warbird parts in 1982 to supplement his paycheck from Anheuser-Busch. When the company closed its Tampa brewery in 1995, Jay became a full-time parts dealer, traveling throughout the United States, Canada, Australia, South America, and Europe to buy inventories of aircraft parts for his business, Warbird Parts and Memorabilia. Today Jay has nine warehouses and has supplied specialty parts to many EAA Warbirds Lindy award winners.

Jay’s motto is, “If I don’t have it, I’ll help you find it.” His favorite restoration is the North American P-51 Mustang, and he names Jack Roush’s P-51B Old Crow his most interesting project. He and his wife, Sharon, have been married for 41 years, and they have a daughter. 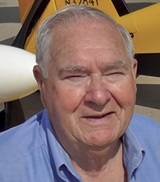 Lowell “go-to-guy” Farrand’s passion as a homebuilder has led him to accomplish 60 years of flying, and he has recorded more than 5,000 hours of flight time in ultralights and World War II fighters. Lowell, of Ligonier, Indiana, became actively involved with two EAA chapters, 132 in Elkhart and 938 in Nappanee, where he served several years as Young Eagles coordinator. He worked alongside EAA Founder Paul Poberezny and Tony Bingelis to form the EAA Technical Counselor program.

Lowell emerged as an ultralight pioneer in 1968 by co-designing and flying the first powered parachute in the United States, jointly developed with the University of Notre Dame Department of Aerospace. Lowell serves as an EAA technical counselor, EAA flight advisor, and FAA designated airworthiness representative. He received the 2013 Tony Bingelis Award, recognizing those who have impacted EAA members by contributing to their aircraft building and restoring projects. 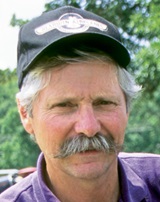 Timothy Talen, founder of the Oregon Antique & Classic Aircraft Club and founding director of the Oregon Aviation Historical Society, is an aircraft restoration master. In addition to many partial restorations, Timothy has fully restored at least 20 airplanes, including seven Interstates, a Cessna 120, two Cubs, a 1932 Fairchild 22, and many more. His award-winning restorations have graced many covers of EAA’s Vintage Airplane magazine, and he has an uncanny ability to look at any antique part and name the aircraft it came from.

Tim’s father taught him to fly in an Aeronca Champ, and Tim earned his private pilot certificate in 1969. Since then, Tim has earned instrument, commercial, multiengine, and CFI ratings and certificates, as well as an A&P certificate. He served as an air traffic controller in Vietnam, and taught aircraft construction and technology at Lane Community College for five years, during which time his classes built a replica of Les Long’s Longster.