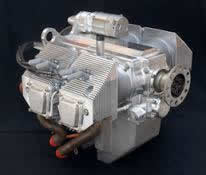 November 26, 2014 - The Australian Civil Aviation Safety Authority (CASA) may have released its proposed operational limitations for airplanes powered by Jabiru engines before gathering all the facts, according to the Recreational Aviation Australia (RA-Aus) and the company. CASA issued the “instrument” proposing restrictions earlier this month citing “a high, and increasing, rate of (Jabiru) engine failures” and solicited public comments through November 20. After a strong backlash from the company and operators from around the world, CASA softened its stance and extended the comment period by one week, to Thursday, November 27.

The proposed limitations, if enacted, would allow Jabiru-powered aircraft in Australia to fly only day VFR unless CASA approval is obtained; there are no flights over populated areas at altitude from which it cannot glide to a suitable landing; no passengers; no solo flight by student pilots; and the aircraft must be conspicuously placarded that no passengers are allowed and that occupants fly at their own risk.

After CASA released its original proposal, RA-Aus issued a strongly worded response on November 21, in which it stated, “CASA has provided no specific failure data related to Jabiru engines to industry other than to suggest an increasing rate of engine failures. At no point has CASA published evidence or otherwise to substantiate its claims. RA-Aus and the aviation community have no evidence to suggest that the statements by CASA are made with any substance.”

RA-Aus, which is charged with administering the safe training and operation of approximately 10,000 pilots and 3,500 aircraft in that country, called on CASA to withdraw the proposal and consult with all parties to develop an acceptable solution.

CASA met with Jabiru and RA-Aus officials and issued a revised document in which it emphasizes the precautionary nature of the proposed restrictions. “No conclusive determination has been made by CASA about the integrity of Jabiru engines, and no determinative findings have been made by CASA about Jabiru’s ability and willingness to produce safe, sound and reliable aircraft engines,” it states.

CASA also acknowledged Jabiru’s good reputation for manufacturing safe and reliable engines, and that most Jabiru-manufactured engines continue to operate safely and reliably in Australia and abroad.

Jabiru says it has produced 3,665 engines since 2005, with 35 through-bolt incidences occurring since then – some in flight and some detected during routine maintenance inspections. The vast majority of in-flight incidents occurred in hard-working flight school planes equipped with 4-cylinder Jabiru 2200 engines. RA-Aus has virtually no through-bolt failures involving private, non-training applications on record. Engineering efforts over the last three years have addressed predominately through-bolt along with some stuck valve issues, including several Service Bulletins.

RA-Aus states the two thirds of its flight training facilities rely on Jabiru-powered airplanes for their operations.

Jabiru has been proactive regarding engine issues. Since October 2013 Jabiru uses standard valve relief pistons which do not allow a stuck valve to impact the piston and cause engine failure. They have been used on all overhauls and repairs since August 2013. The company also upgrades engines to the current spec at owner request during major service intervals such as top end overhaul.

Pete Krotje, EAA 306085, who operates the sole Jabiru engine and aircraft distributorship in the United States (Jabiru USA Sport Aircraft, LLC, Shelbyville, Tennessee), estimates about half of all Jabiru engines currently in operation worldwide are in the U.S. Over the past 12 months there have been two valve-related issues that caused an in-flight engine stoppage in the U.S. The other issue mentioned by CASA is broken through-bolts. Both issues have already been addressed by Jabiru, Krotje said.

“We have torn down and rebuilt about 40 engines, two with valve issues and the remainder for prop strikes,” he said.

Still, the damage of the original notice has been done, and although the initial uproar over CASA’s initial proposal has diminished significantly, Krojte acknowledges it will take some time to recover.