Warbirds No. 1: Walter Ohlrich Passes Away 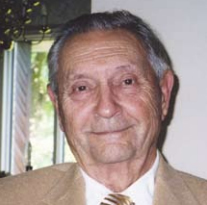 November 26, 2014 - Walter Ohlrich, EAA Warbirds of America member No. 1, passed away on Friday, November 21, in Jacksonville, Florida, just six days shy of his 86th birthday. He learned to fly in a Stearman PT-17 following in the footsteps of his father, Walter Ohlrich Sr., who flew P-40s and B-25s in the Army Air Corps during World War II.

Walt joined the Navy’s Aviation Midshipman Program in 1946, attended preflight school at Pensacola and learned carrier operations flying SNJs. In his long career, which included a tour in Vietnam flying A-4 Skyhawks from the USS Intrepid, Walt flew virtually all of the Navy’s early jet aircraft.

He also flew in the first Reno Air Races in 1964, which was also the year the organization that became the Warbirds of America (WOA) was first discussed by several warbird owners seeking to share information to keep their airplanes airborne – “Keep ‘em Flying.” WOA was officially up and running in the spring of 1965, with Walt serving as its first president in 1966. In 1967, Warbirds of America became a division of EAA. Walt’s EAA number was 34391.

The September 2007 edition of Warbirds magazine featured a profile/interview of Walt conducted several years earlier, when he was still flying his prized SNJ. Read it now.