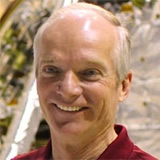 December 11, 2014 - A major milestone in America’s exploration of deep space took place on Friday, December 5, when the Orion spacecraft was launched at Cape Canaveral, Florida, then made a four-and-a-half hour uncrewed trip into space before splashing down into the Pacific Ocean. EAA Director and former shuttle astronaut Charlie Precourt is a vice president and general manager with ATK Aerospace Group, a NASA contractor that manufactures key safety components of the spacecraft.

“Watching the launch of Orion’s first flight test was incredibly inspiring,” said Precourt, who heads ATK’s Space Launch division and is a veteran of four shuttle missions. “With this mission, NASA and its partners have embarked on a new chapter of space exploration - one that will take humankind farther than we have ever ventured to go. While humans have been exploring Mars from afar for years, SLS (NASA’s Space Launch System) and Orion will take people there.”

On the mission, Orion traveled 15 times farther from Earth than the International Space Station, and during its re-entry into Earth’s atmosphere traveled at 20,000 mph - faster than any current spacecraft capable of carrying humans - enduring temperatures of approximately 4,000 F.

Included among ATK’s contributions to Orion are the launch abort motor and attitude control motor. The abort system is a unique safety feature, similar to an ejection seat found in a fighter jet. In an emergency at the pad, or during launch and ascent, the abort system would lift the capsule and crew away from the rocket. Although the abort motor system was not active during the flight test, the motors were equipped with sensors to measure pressures, dynamics and acoustics of the system during launch.

“SLS and Orion are pushing the boundaries of what is possible today,” added Precourt. “As we progress toward our goal of sending humans to Mars, we will undoubtedly create spinoff technologies and innovative products that improve everyday life on Earth - a tremendous benefit of the nation’s space program.”

Visit the NASA website for more information about the Orion program.