High winds on November 24 damaged a number of aircraft hangars at the Burlington Executive Airpark (CZBA) in Ontario. Several photographs received from Tim Crawford, president of Elliott & Crawford Insurance Ltd., and Tom McClatchie show the results, as many hangars were destroyed. But fortunately, perhaps remarkably, only one aircraft suffered significant damage.

According to Tim, hangars 19 to 27 were destroyed; hangars 95 to 99 have significant damage; and hangars 17 and 18 have minor damage.

Hangars simply flew over others and were stopped by the trees.

The airport remains open, but pilots and other visitors are asked to stay away from the cleanup area. 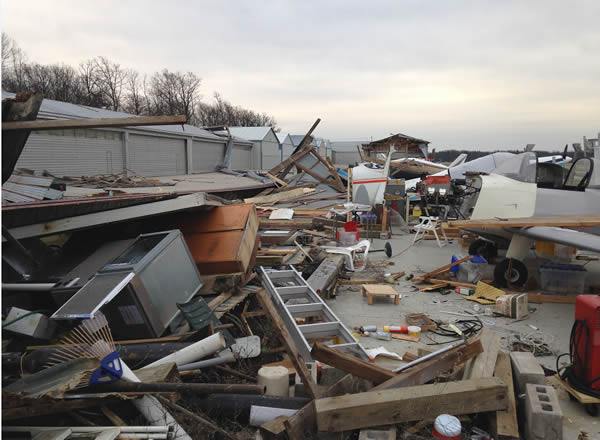 What a mess, but very little aircraft damage!