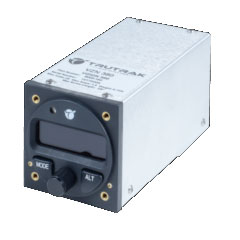 July 20, 2017 - EAA’s subsidiary, EAA STC, LLC, was awarded a supplemental type certificate (STC) on July 20 that will allow the TruTrak Vizion autopilot system to be installed in Cessna models 172 and 177, as part of EAA’s initiative to bring more low-cost, safety-enhancing equipment to the market. The accomplishment came just 10 months after EAA announced its partnership with the avionics manufacturer and four months after the award of EAA’s STC for the Vizion’s installation kits in March.

The safety benefits an autopilot can bring to a cockpit are immense. The Vizion in particular is a remodel and upgrade of TruTrak’s DigiFlight II autopilot with added safety features and a simplified user interface. It offers a track selector, altitude hold, vertical speed select, and altitude select and pre-select, and is capable of following both simple and complex flight plans from almost any aviation GPS on the market. Safety features include a “straight-and-level” button, which can recover the airplane to level flight from almost any attitude, and an optional bank angle protection that can be used while hand-flying to prevent the airplane from exceeding a designated angle of bank.

TruTrak will begin selling its Vizion autopilots to the type-certificated market at outdoor booth 174 and indoor booth 3030 during EAA AirVenture Oshkosh 2017, July 24-30. The full cost of the system, including the installation kit, will be $5,000. EAA’s LLC will sell the STC for $100 to members, and will begin taking and fulfilling orders no later than the week following the event.

“Having the STC issued and beginning deliveries of this system right around EAA AirVenture is just perfect,” said TruTrak CEO Andrew Barker. “EAA has been a wonderful partner in this process, and I couldn’t imagine a better place to announce the completion of this first STC. We are committed to continuing to work with EAA on adding more aircraft types. We have already begun working on the next installation designs, and look forward to offering those in the coming months.”

EAA’s Cessna 172 STC demonstrator, which is fitted with the Vizion autopilot and the Dynon D10A flight display STC’d by EAA in 2016, will be on display at the Four Corners throughout the week of AirVenture.