The EAA Aviation Museum is the proud home of the personal items of astronaut Col. Frank Borman, EAA Lifetime 300174. A portion of the items were unveiled on December 7, in a new exhibit called “The Borman Collection: An EAA Member’s Space Odyssey.” The collection features dozens of the more than 1,000 items that were donated to EAA in 2018. Some of the items even traveled with Borman to space. The exhibit follows each step in his career and pays tribute to his wife, Susan. Col. Borman and Susan have been longtime EAA supporters.

Borman graduated from West Point and joined the U.S. Air Force. He became a test pilot and flew some of the most powerful jets in the inventory. Borman was later selected in the second group of astronauts called the New Nine. Once at NASA, he was selected to fly the Gemini 7 mission during which Borman and fellow astronaut Jim Lovell flew a two-week mission orbiting Earth to break an endurance record as well as test the effects of space flight for an extended amount of time.

After the Apollo 1 fire, Borman served on the review board that tried to pinpoint how the accident happened. As part of his role on the board, Borman testified before Congress twice about the cause of the accident and the safety of future missions. Borman next flew on the Apollo 8 mission, which took his crew around the moon during the Christmas season of 1968.

We are proud to have one of the largest collections of space-flown items in the region here in the EAA Aviation Museum. 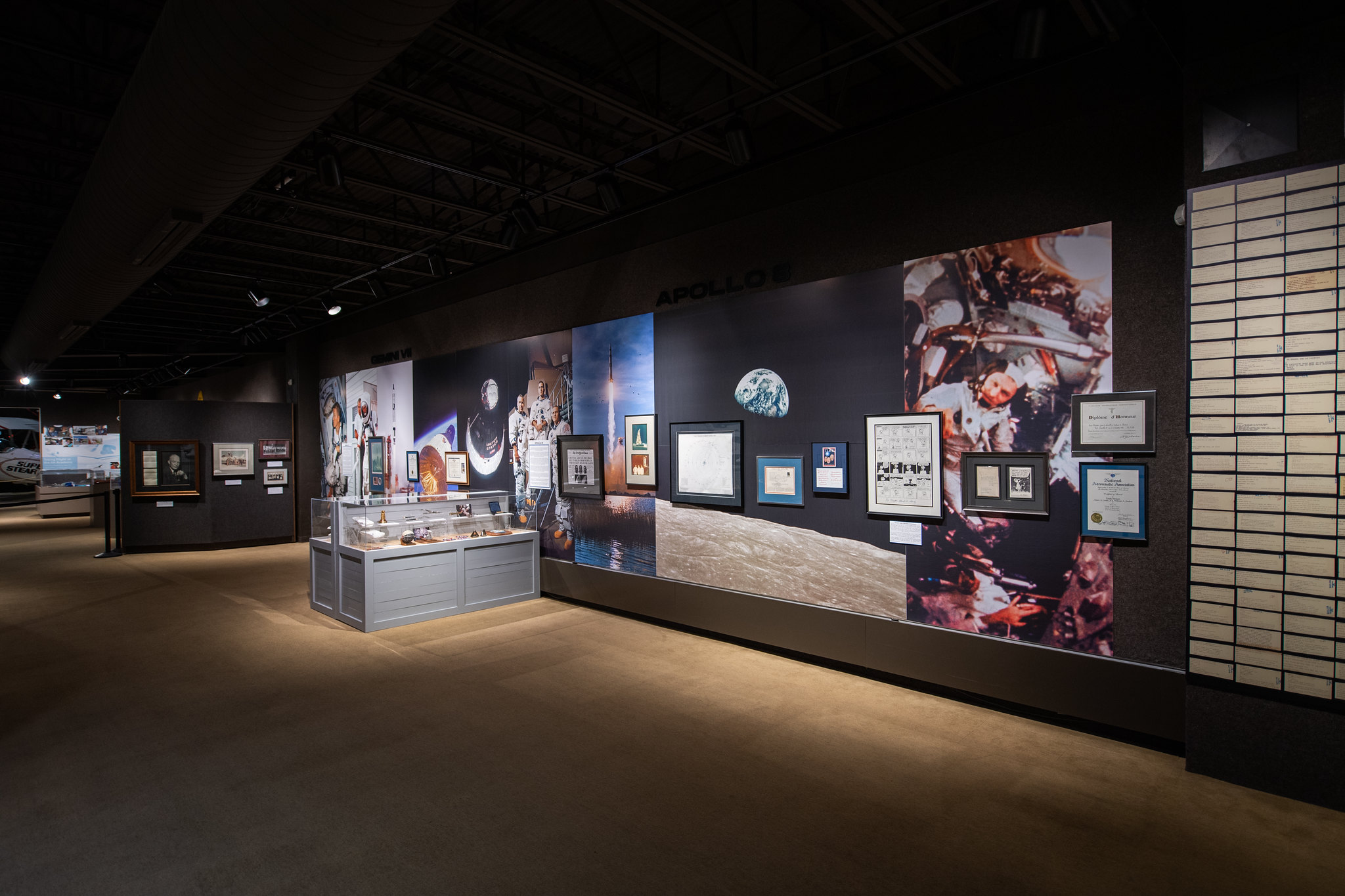