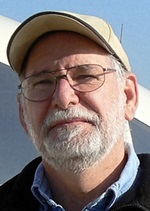 October 2016 - Winter is looming, but still months away for most of us across the country, and thankfully for pilots, the cold and ice have been nonexistent — so far.

But even though the ice is missing, the clouds are still present, and here we are, still flying instrument approaches, looking for a runway. So let’s assume you have executed three turns in holding at an en route fix, proceeded to the initial approach fix, executed the procedure turn, and now find yourself proceeding inbound to the final approach fix.

No matter what you have done to this point, how you perform in the next few minutes will determine whether you successfully break out of the weather and land, or reach the missed approach point (MAP) with no plan for a following step and become another FAA statistic.

Let me share some options for success for that portion of the approach that begins at the final approach fix (FAF) and ends at touchdown, either at your filed destination or at an alternate.

Let’s start with airplane type. We know we need to fly a stabilized approach from the FAF on in. If we don’t have to make changes in configuration or airspeed, the entire process is going to go much easier. But here are a few thoughts for those pilots who are flying lower-performance aircraft (I am defining “low-performance” as the Cessna 172/Cherokee Archer/LSA type of aircraft). In this type of aircraft, I will generally not slow to the final approach airspeed with flaps extended. Instead, I will generally fly the airspeed at the top of the white arc and leave the flaps up. There are two reasons for this. First, by flying at a higher airspeed, I have better response from the ailerons, rudder, and elevator, which makes it easier to fly a more precise approach. Second, instead of flying at the 70-80 KIAS, I am flying at 90-105 KIAS (depending on the airplane), which gets me through this stuff a little faster.

There is a definite downside to the decision to fly final at a higher airspeed. That airspeed needs to bleed off sometime prior to landing. I find personally in the lower-performance airplanes I can bleed off the airspeed easily on short final by lowering the flaps. And I will be ready to make the trim changes that will be required with decreasing airspeed. (Please note: This is a technique for the low and slow crowd. When flying a retractable-gear airplane, I will always have the gear down prior to the FAF and I will extend the flaps at least to the “approach” position prior to the final approach fix. More on flaps later.)

Passengers on board? Another pilot in the right seat? With another qualified pilot, one pilot can fly the approach, and the other can call altitudes and perform other copilot tasks (radio calls, frequency changes, etc.). The pilot not flying is also the pilot looking for the runway environment. When the runway is in sight, the pilot not flying announces “runway in sight,” takes over, and lands. Otherwise, the pilot not flying calls the missed approach point, and the flying pilot stays on the gauges and executes the missed approach. Do not expect this procedure to work if the pilot not flying has not been fully briefed on his or her duties, or if he or she is not proficient in landing in inclement weather. There are other variations on this, of course. The most important aspect of a two-pilot procedure is that both pilots must understand their roles.

So what if the right seat passenger is not a qualified pilot? You still have some great options. Before you leave the FAF, you should have a good idea of the ceiling and visibility to expect. Tell your passenger to let you know when you expect to break out of the clouds, and what you expect to see. I ask my passengers to tell me when they see the ground and when they see runway lights. I also tell them what the runway environment should look like when they see it (aligned with runway, angling toward it, etc.) By using my passenger, I can get a bit of comfort when I break out of the clouds when expected, and I don’t have to switch my vision from instruments to outside quite so soon. One of the most critical points in the approach is the switch from instruments to visual, so it is best not to put yourself in a position where you have to continuously go back and forth between inside and outside unless you really have to.

Reminders: altitudes, times, and airspeeds. One of the luxuries of a crew environment is having someone else set frequencies, talk on the radio, and remind you of timings, altitudes, and distance measuring equipment (DME). When I have a person qualified to do so, I ask that person to call all of my checkpoints and altitudes. (Hint: You want a reminder when approaching a point or an altitude, not when you just went past it.)

By saying these aloud to yourself, you reinforce the situation much more than by just looking at the information. You force yourself to say and hear the information as well as see it; you are using three senses to interpret the data instead of one. Secondly, you are constantly making yourself aware of how much farther you need to go before the next action, be it a step-down fix or a missed approach point/decision height.

Finally, what is your plan B? What is going to happen at the missed approach point?

If the first situation exists, if you are flying an approach where you are assured of breaking out at 1,000 to 1,200 feet AGL, you will pretty much be VFR for the last part of the approach. Thus, you can mentally prepare yourself for a landing and remaining VFR if you must go around for any reason.

Before I start my approach in marginal conditions, I will plan and commit myself to an alternate. This may or may not be the alternate that I filed. Remember that the alternate you filed must have reported/forecast weather at the time of filing of 600-2 or 800-2, depending on the available approach procedures.

But when the time comes that you really need to land, the weather need only be above minimums.

As I start my descent at the FAF, my plan is this:

Note that my assumption when starting this approach is that I will go missed. With that mindset, I am much more willing to go to my alternate than to press on in unsafe conditions. The other reason I brief myself that I am going to the alternate is that pilots naturally seem to dislike changing plans or admitting they were unsuccessful. If your Plan A is to go to the alternate, then there is no change in plans when that occurs, and you have not been unsuccessful in this approach. You flew the approach and didn’t see the runway in time to land. End of discussion.

Pilots are always being asked if the correct decision is to try the approach again. I contend the answer is “maybe, but usually not.” If you flew the approach to the best of your ability and did not see the field early enough to land, it’s not going to get any better on the second pass.

The idea that pulls on the unsuspecting pilot is the one who says, “If we go just a little lower at the end, we will see the runway early enough to land.” This idea often is followed with, “The pilot made a controlled descent into the terrain. Fatal to all on board.”

So, where does all of this leave us? Let’s go back to the point prior to takeoff, when many of these possibilities are known. Before takeoff, we know the airplane, the weather, the passenger(s), and the probable approach. So much of the last three minutes can be prepared and briefed at that time. As you approach the FAF, it is merely a matter of making one last review of the details and letting down for a successful conclusion. Fly safe!

Chris Hope, EAA 260185, has taught fledgling and experienced pilots for more than 40 years, mostly in the Kansas City area. He holds flight instructor certificates for single-engine land and sea airplanes and multi-engine land planes, as well as for instrument training. Chris holds ground instructor certificates for advanced and instrument training. He is an FAA Gold Seal Instructor and a Master Certified Flight Instructor. Chris serves as a member of the FAASTeam in the Kansas City area and is EAA Chapter 91’s IMC Club program coordinator at Lee’s Summit Municipal Airport. www.eaachapter91.org