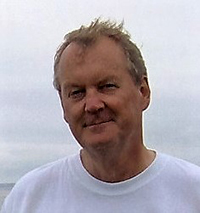 November 2016 - My flight review took me in August of 2012 to the Mansfield, Massachusetts, airport, which is known by the identifier 1B9. I always think of it as “one benign” airport: a non-towered field off in the wilds of the southeastern part of the state, actually closer to Providence than to Boston. Usually the instructor administering my review is younger than I am (after all, how many 66-year-old flight instructors are there?) and the hourlong ground review is generally taken up with my knowledge of the FARs and light-gun signals.

But Roger Lee, an ebullient elf nearer my age than not, had other ideas. The review was a three-page, closely spaced handout pointing out the many situations where pilots can cause accidents, demonstrate poor planning skills, exhibit poor judgment, and make boneheaded decisions. “As pilots in command, we have the ability to disappoint people,” said Roger, cheerfully grinning and making his blunt point.

There is almost never a reason that we must complete a flight or even start out on a trip when the risks are considered. Case in point, the JFK Jr. accident. Why a low-time pilot without an instrument rating would subject his passengers to a trip on a moonless night with haze over open ocean is a prime example of poor judgment. Did they really have to get to Hyannis for the wedding? Was flying an airplane without an instructor the best choice for getting there? The pilot’s logbook indicated that of the 300 or so hours of PIC time, only 39 hours had been flown solo.

While it is nice to know the student can interpolate the amount of fuel used at 65 percent power at 5,000 feet at 20 degrees Celsius, the very fact that one must make this calculation to determine if there is enough go-juice in the tanks means that you probably should add some, pick a closer airport, or refuel along the way. Gathering the information necessary for a flight is a requirement of the regulations, but how a pilot uses the information is the important thing.

As a CFI, Roger was concerned that his signature on the FR reflected his candidates being exposed to examples, lots of examples, of fuzzy thinking. Or have had these examples drummed into them, whatever it took. “I’m not above whacking you on the side of your head,” he gleefully demonstrated to drive home a point. The discussion turned from pilot actions to TFRs and ways to find a graphical representation of their locations. He introduced me to PilotGEEK, flight-planning software that plots TFR locations in a way that makes the written descriptions on DUATS look positively medieval. We discussed performance charts and other items that a PIC should be skeptical of.

There were a few of the standard FAR questions: transponder codes for emergency, radio failure, or hijacking. And the inevitable light-gun signals (“Basically, green is good, red is bad.”). I was pleased that Roger, with more than 7,000 hours and me with 2,600 hours, was able to get to the foundation of the FR without needing to cover a lot of minutiae. His concerns were: Am I a safe pilot? What would I do in this situation? What are the primary reasons for accidents? And then we went flying to demonstrate recovery from full stalls, no-flap landings, and emergency descent procedures with a “failed” engine, including demonstrating a slip to lose altitude, something I haven’t done in quite a while. Thanks, Roger, for concentrating on safety and hammering home the need for good judgment, not just good information, as pilot in command.