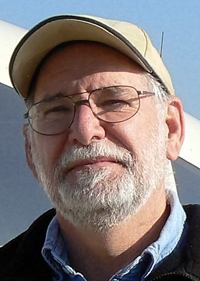 January 2017 - “Hi. My name is Bob, and I would like to get an instrument rating. I heard you can teach me.” I probably hear this about a dozen times a year, and that always prompts a discussion about the reason for this rating and what the training involves. The ability to fly an aircraft in instrument conditions certainly gives one a much greater degree of flexibility when planning aircraft use. And instrument training, like any kind of aircraft training, gives a person more confidence in his ability to fly aircraft and to use the aircraft in a wider variety of environments.

As a part-time, freelance flight instructor, my students fall into two broad categories. First, I see young men and women who have dreams of a professional flying career. Second, I talk with older men and women who just want to get additional use out of their aircraft.

For people in the first group, the expectations of the training are straightforward. They intend for the instrument rating to be a step in their education for their flying careers. They expect to attain a commercial license, a multiengine rating, and eventually type ratings and an airline transport rating.

There are advantages to learning to fly on the gauges that go beyond flying “hard IFR.” While most non-professional pilots do not expect to fly to minimums on the proverbial “dark and stormy night,” here is a common scenario for us in the Midwest.

Weather at the departure point is 1,500 overcast, tops at 4,000 feet, with 2 miles of visibility. This weather extends for about 200 miles along the route of flight, and then breaks into a layer of scattered clouds. For a non-instrument rated pilot, this is a no-go forecast. For the instrument-rated pilot, this will involve about five minutes of flying in actual clouds. And while the flight may be conducted above the clouds without seeing the ground, the instrument pilot is relieved of that anxious feeling that comes from wondering if there will be a hole in the clouds when arriving at the destination. The instrument pilot knows this will not be an issue. The training and aircraft capabilities will allow a smooth, regulated descent through any clouds that might exist at the destination.

Here is another reason for learning to fly by the instruments and stay proficient. Think about the last time you flew at night. For those of us who fly at night, low and slow over the Midwest plains, the horizon can disappear and the lights on the ground start to blend with the stars. The ability to fly by instruments can make an anxious hour a lot more comfortable.

Another advantage of instrument training is improved radio skills and more comfort with a wide range of airports. I teach in the Kansas City area, and we are blessed with a variety of airports. We have towered airports, including Kansas City International and several reliever airports. Pilots who use these airports learn to talk to FAA controllers and become comfortable with the communications skills that are required. And they learn that just because an airport has a control tower does not mean it is always busy. All towered airports have their busy periods, but all will allow multiple landings in their slower periods.

When pilots talk to me about instrument training, I find they are generally comfortable with one type of airport but not with the other. Through the course of instrument training, they will become comfortable with both types of airports. They will be able to work with FAA controllers, and will also be able to operate independently as they take off and land at airports without a tower. These are skills that will carry over into non-instrument situations.

Without throwing cold water on the dreams of new instrument pilots, I often must talk about the limitations of instrument flying. This is a limitation based on the skills of the pilot, but also a limitation on the capabilities of the aircraft we generally fly. Most of my non-professional students are flying single-engine, reciprocating-engine aircraft. These are aircraft that generally do not have anti-icing or de-icing capability, and this is a definite limitation in winter flying. Additionally, no aircraft has thunderstorm capability. The lack of anti-icing and de-icing equipment places limits on the instrument situations that are safe for us to negotiate.

I also discuss with potential instrument pilots that the reason corporate and airline pilots fly in cruddy weather to very low altitudes regularly is because they train and practice. Professional pilots — flying for the airlines, as a charter pilot, or as a corporate pilot — are flying several days every week. They are taking recurring training annually or more often, and they undergo an FAA flight review annually or semi-annually. Very few of us who fly for our own purposes are willing to make that level of commitment.

So, my recommendation to potential students is, “Yes, let’s try this.” I won’t promise that every student will master the skills necessary for instrument flight, but most who determine they want the rating will attain it. And those who do attain their rating will find an increased level of confidence and enjoyment in their own capabilities.