Most widely recognized for her service on September 11, Heather “Lucky” Penney was part of the first wave of women who went directly into fighters from pilot training. She grew up around aviation and warbirds, and learned that Congress had opened combat aviation to women while she was earning her Master of Arts at Purdue University where she stood up the first collegiate team to race in the Air Race Classic. She applied to the Air National Guard and earned her wings at ENJJPT, Euro-NATO Joint Jet Pilot Training, where she flew the T-37 and T-38. The first and only woman in the 121st Fighter Squadron, Heather deployed to Operation Iraqi Freedom for initial combat operations as a night-time SCUD Hunter in the western deserts of Iraq, also supporting Special Operations Forces. She flew the F-16 for ten years before having to make the difficult decision to leave the fighter aviation as a single mother.

She continued to serve, flying the Gulfstream G-100 Astra jet for another six years in the VIP Special Airlift Mission. She works as a Senior Resident Fellow at the Mitchell Institute for Aerospace Studies. Prior to working at Mitchell Institute she worked at Lockheed Martin as the Director for Air Force Aviation Training Systems. Heather served as the National Chair for the Commemorative Air Force’s RISE ABOVE: WASP program from 2016 to 2017, telling the story of the Women Airforce Service Pilots to inspire young girls to follow their dreams.

Heather’s passion for aviation has never faded – she has raced jets at the Reno Air Races; she has over 3,000 hours with Commercial, CFII/MEI, and ATP ratings; and she volunteers with the Collings Foundation, copiloting their B-17 when her busy schedule allows her to get away. She enjoys flying her WWII Army Air Forces PT-17 Stearman and 1950 Cessna 170A with her husband, two daughters, and rescue dog, Gilmore (named after Roscoe’s lion). When she isn’t in the air, you can usually find her with her family, camping and hiking in a National Park. 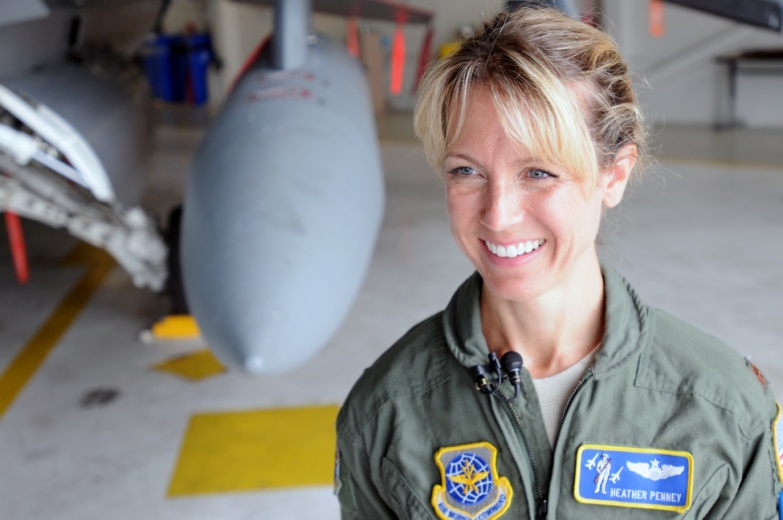