January 2018 - If you have worked on the wiring of components and instruments in front of your instrument panel, you will have wished there was easier access, other than lying contorted in a cramped cockpit with your head under the panel. 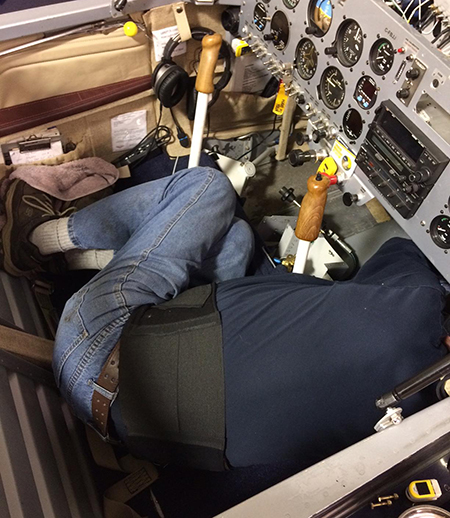 Building my first RV, an RV-4, the instructions included a removable panel directly ahead of the windscreen and behind the firewall. This panel was fixed in place with No. 8 flush-headed AN screws. I found this to be extremely helpful when working in this confined area. Not all instruments could be accessible from above, but a lot of work could be done.

So when we built our RV-9A I thought I would modify the design to make this panel removable.

Transport Canada regulates amateur-built aircraft under the Exemption from Section 549.01 of the Canadian Aviation Regulations and Chapter 549 of the Airworthiness Manual — Airworthiness Standards — Amateur-Built Aircraft.

The section titled Continuing Airworthiness states in part: “Repairs and modifications to amateur-built aircraft must conform to technical data acceptable to the Minister. … Owners may devise their own data, which need not be approved but must be subject to an appropriate level of review or analysis, or shown to comply with recognized industry standards, or commonly accepted practice.”

Since aircraft fasteners (rivets) are designed to act in shear, I wanted to replace the rivets called for in the plans of the old panel with a new panel fastened by AN screws. To satisfy the above standard, I would need to prove that the screws I used would be equal to or greater than the cumulative shear strength of the original planned rivets. I also found that by replacing approximately two rivets with one screw I could lay out an acceptable fastener pattern. In reality I replaced 165 rivets in the old panel with 83 screws in the new panel. 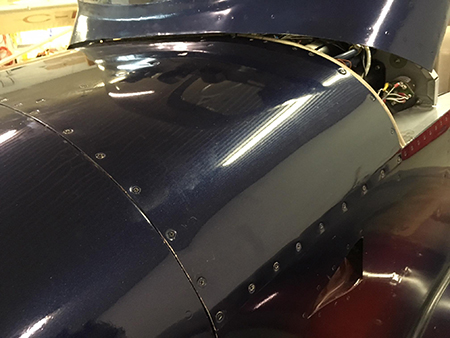 Now for “technical data acceptable to the Minister”: Reference data indicates the shear strength for this AN426-3 rivet is 186 pounds and the No. 8 AN screw shear strength is 1,270 pounds. Total cumulative shear force of the rivets would be 165 rivets multiplied by 186 pounds, which is 30,690 pounds. My redesign would then require 30,690 pounds divided by 1,270 pounds, which comes to 24.17 or 25 screws. Eighty-three No. 8 screws give me a safety factor of 3.3 over rivets. This is probably overkill; the rivet pattern is probably based on an appropriate pitch pattern. This data is recorded in my aircraft construction documentation.

The fun part of building your own aircraft is the opportunity to modify the design to suit your own specific goals — provided that you accompany your decision with appropriate review or analysis acceptable to the Minister.