January 2016 - Since the advent of hand-held GPS and other devices, all pilots have been confronted with the problem of how to install the equipment in the cockpit. We want the apparatus to be visible to the pilot without interfering with the visibility of the other instruments in the aircraft.

A method of fixation is needed that is solid so that we don’t lose sight of the instrument during the turbulence we frequently encounter in our aircraft. The pilot also wants an attachment that is either visible to the pilot or passenger or both, depending on the circumstance. In addition, we need to consider the ability to shade the device from the sun.

Furthermore, you need the apparatus to be removable, so that it can be taken home for other uses or for flight planning.

The question of removability became, for me, more important since I use ForeFlight on an iPad mini. I really like using a system that provides excellent visibility with masses of information, but the iPad mini, despite it being called “mini,” is 8 inches by 5.25 inches. It was necessary, therefore, to find a method of attachment that was simple and easy for my tablet. After having tried several methods (homemade aluminum bracket, Velcro, etc.), I finally discovered the company that makes RAM mounts. 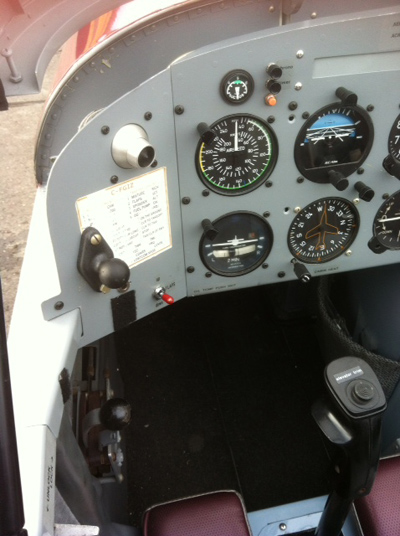 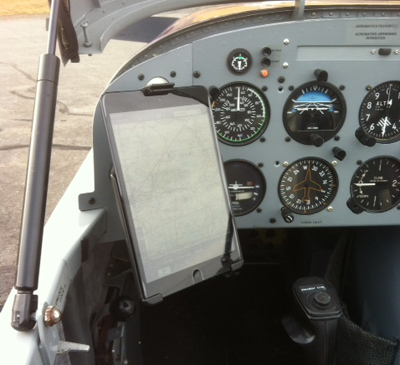 RAM mount for iPad mini on pilot’s side

Apparently they had already done all the research for me, and I find that they work really well. Other companies have no doubt done similar research and sell similar products, but I find that RAM mounts work exceptionally well in my RV-6A and, I imagine, for many other aircraft. The company offers around 2,500 adjustable mounting products for aircraft, boats, motorcycles, and cars, so they know what they are doing.

At this point my work was not over because, despite having decided on this company, I still had to decide which products to buy. Which would be the best choice for my cockpit? There were still around 100 products that could work very well. After a lot of analysis and measurement, I finally found the choices that met my needs extremely well, and probably those of many other pilots. With the aim of helping you avoid the necessity of repeating all my research, I offer you the part numbers that work well for me. You need to purchase two separate part numbers, the adjustable mount and the iPad holder. I ordered them through Amazon. 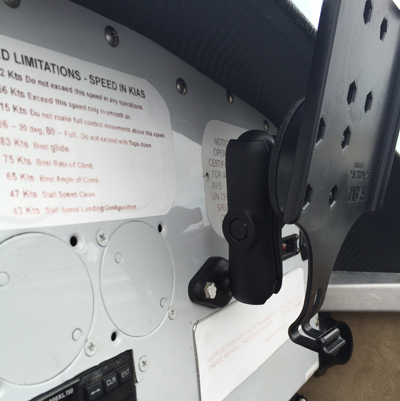 iPad mount on passenger side 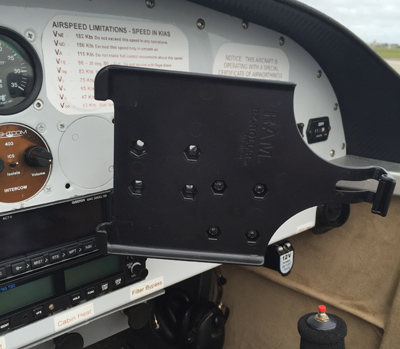 iPad can be mounted horizontally or vertically 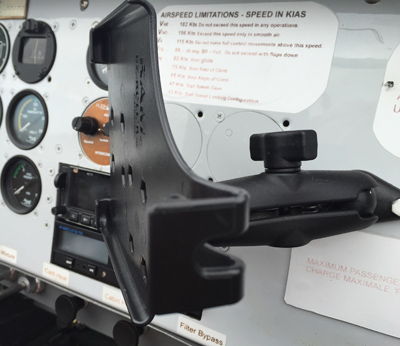 … and face the passenger or pilot or both

I find this mount to be extremely solid and vibration-resistant, with a wide range of position adjustments.