Builder’s Tip—Stick With Two Holes In It

February 2016 - Van’s aircraft, and maybe some others, retain the engine cowl with piano hinges. This turns out to be a very slick, flush, solid design once the hinge pins have been adjusted for fit (sometimes a tedious process). Removing the cowl can also seem tedious, but this simple trick can make it much faster. Just make a stick with holes at either end that will allow you to support the piano hinge pin against the stick after attaching the bent end piece through one of the holes.

Stick with two holes in each end

You can pull on the stick to remove the pin and push on the stick and the hinge pin at the same time to push it back in. So why are there two holes in each end? Well, the hinge pins on the firewall part of the canopy are a larger diameter, but it’s good to have a snug fit. The stick is really useful for pulling out the upper firewall hinge pins through the oil filler door too.

I’ve also found this little right-angled drive really useful for removing the six screws in the air inlet—much faster than a stubby screwdriver for anyone with big hands. 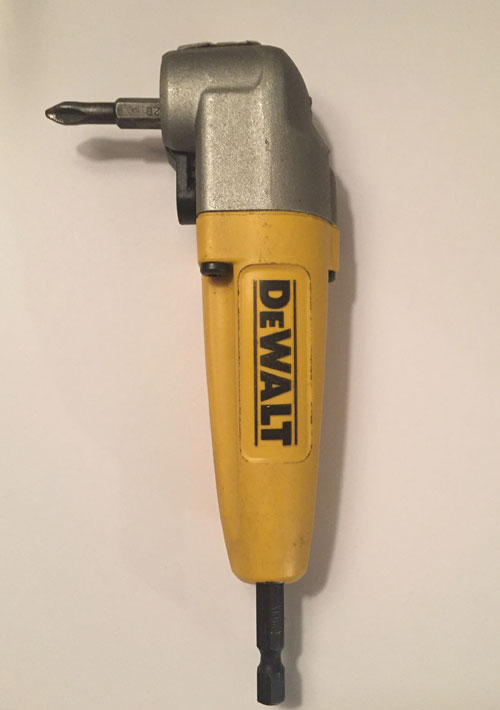 Presently any time my battery is run down, I have to remove the cowl to jump-start it. Does anyone have a builder’s tip on what you’ve done to avoid this?