March 2017 - It’s common to refer to ships and aircraft as “she,” but this one is definitely MALE.

The German aviation company, Stemme, recently announced an optionally piloted aircraft. It can be flown as a drone or with a pilot on board. Called the Q01-MALE (medium altitude, long endurance), it is being developed primarily for the Qatar armed forces for tactical and surveillance used during daylight and at night. You can find out more about it by following this link. 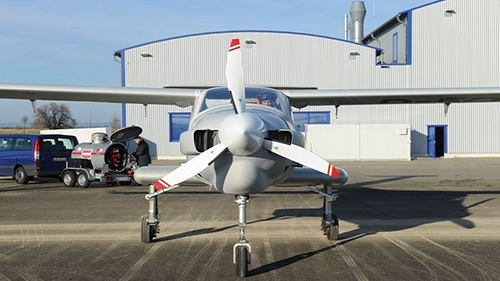 Deliveries are scheduled for the second quarter of 2017, and possible uses are airborne surveillance, maritime border control, drug interdiction, and anti-smuggling operations.

Now if we can just get Transport Canada to approve an optionally piloted amateur-built aircraft!