When to Go Around?

When to realize that you haven’t stabilized your approach.

April 2016 - If you haven’t signed up for the PilotWorkshop.com regular emails about flying skills, it’s a great idea to do so. They had a very helpful article this week about “unstabilized approaches,” and I’m sure I’m not the only one who can attest to the truth of what Wally Moran was saying. I’d like to paraphrase it here and suggest that signing up for this free email is a simple way to improve your flying safety. I had an Iranian instructor early on in my student pilot days. He always said in his strong accent “aim thee nohmberss,” meaning keep the runway numbers in the same spot on your windshield for the whole of the approach, which I still work with to this day. What he didn’t reinforce to any great extent, (although it was a while ago!) was what Wally says about when to stabilize everything about your approach and how to decide whether to just go around and settle down and try again. As recently as “quite recently,” I bounced a landing and could have wrestled it down but thought, “A go-around is free, and it lets you fix the thing that caused the INITIAL problem.” So that’s what I did.

To paraphrase Wally Moran, if you ask people who have gone off the end of the runway, they will tell you to go around early and often. He says that the first sign of an unstabilized approach is often that “little voice in the back of your head” and that we should listen to it and resist the urge to hope we can “get it all together by touchdown.” 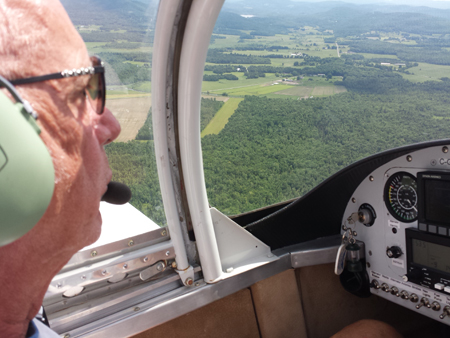 Planning it all during the downwind

One thing that made me ponder was his idea that you should have your final flaps selected at 1,000 feet, i.e., before turning base. I may not be the only one to drop more flaps on final, but it’s certainly an extra destabilizing factor on final when you decide to add that extra notch. If all you are doing is aiming for the numbers and controlling airspeed with the throttle, you have a much calmer cockpit than when you are varying descent rate, engine speed, and pitch because of a change in flaps on final approach. This gives you plenty of time to correct airspeed and descent rate before turning final at 500 feet.