Vimy – Birth of Canada as a Nation?

April 2017 - Seven World War I replica aircraft invited to overfly Vimy Ridge as part of the centennial celebrations of that Great War battle have arrived in France. By the time you read this, the celebrations will have already taken place. At time of writing, dignitaries expected to be present include Justin Trudeau, Francois Hollande, Prince Charles with his two sons, and many Canadians who have made the trip.

Some have suggested that the Battle for Vimy Ridge was the real birth of Canada as a distinct nation. It’s certainly true that for Canadians it’s the most memorable battle in which Canadians were singled out as significant contributors to the victory. Vimy today also boasts the largest memorial to Canadians who perished in the war. It lists the names of all of the Canadians who were lost in battles in WWI and whose remains were not identified, not just at Vimy. 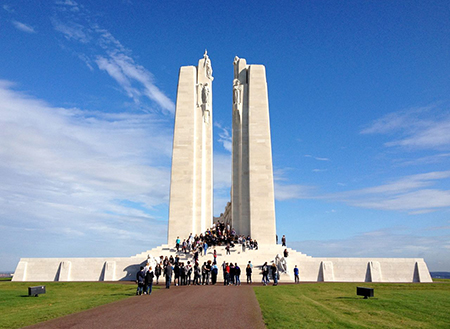 On their return to Canada the replica aircraft — four Neuiport XI Scouts, two Sopwith Pups, and a Royal Aircraft Factory S.E. 5 — will fly across Canada, giving many Canadians the opportunity to see them in person and talk with the pilots. Some delays were recently announced due to an engine swap with one of the Sopwiths. We wish the Vimy Foundation well and hope they manage to get all seven aircraft flying for their tour across Canada. You can read more about the foundation at the Vimy Foundation website and educate yourselves regarding the flight team and the aircraft at the Vimy Flight website. A film, the third in a trilogy, will be broadcast in the autumn of 2017. You can find out more about it online, along with the first and second films in the series. 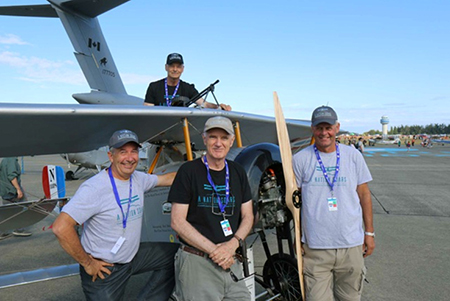 The schedule at present includes stops all across Canada, principally from east to west including a stop at Oshkosh on July 29. This is a very tentative schedule, subject to weather, funding, and a host of other parameters.