We’ve reported in Bits and Pieces the story about the refurbishment of one of the original Golden Hawk F-86 Sabre jets that started 22 months ago. It was mounted on a pintle in Sarnia, Ontario’s Germain Park and stood guard over the Royal Canadian Air Force Memorial there for many years. Its condition had decayed to such an extent that it desperately needed refurbishment. A group of EAA members and friends weren’t about to wait for big government to figure out whether it was worth saving. They just went ahead and did it.

The last phase of this project was to reassemble the rebuilt aircraft and relocate it to its original home. But the first step was to rejoin the two halves of the fuselage prior to transportation. 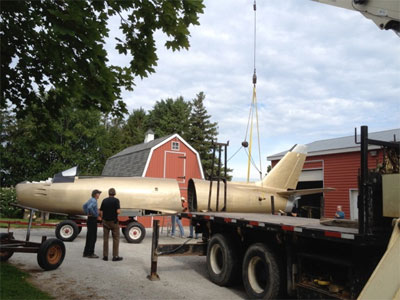 The next step was to lift the fuselage onto the tug that had been used to repeatedly move the aircraft around. 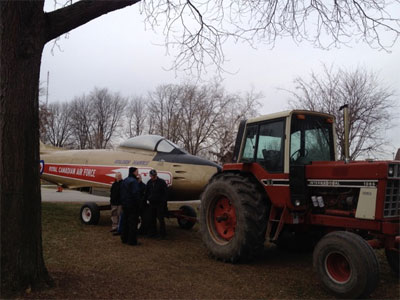 Flight leader Jim McCombe and the names of his crew chiefs are now back on the sides of No. 23164 exactly as they were in 1959. 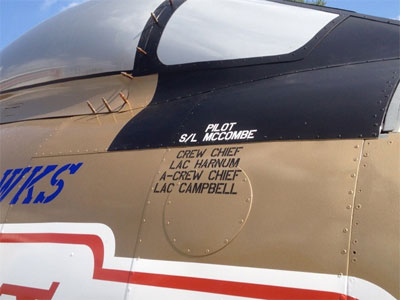 No. 23164 was hooked up and loaded for transport back to the memorial in Sarnia’s Germain Park. All Sabre pilots ought to have one of these to drive a Sabre through city traffic. 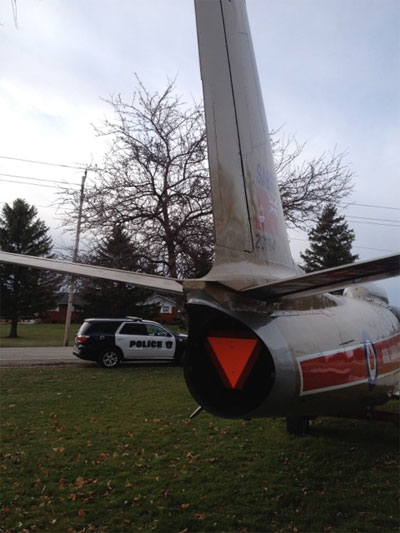 Major assembly completed, No. 23164 hangs balanced and ready for lifting onto its mount. About 900 pounds of ballast were added to balance the Sabre. 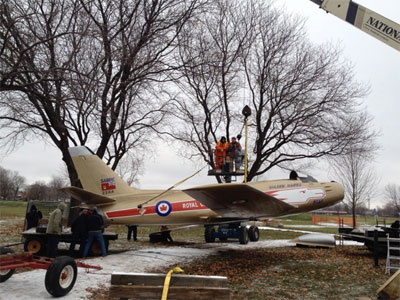 The main lift point was installed directly over the pintle mount built into the wing centre section. Trays were built into the structure to hold the weights. One is right inside the now open radar compartment.

The Golden Hawk starts its flight to the top of the memorial mounting pintle. 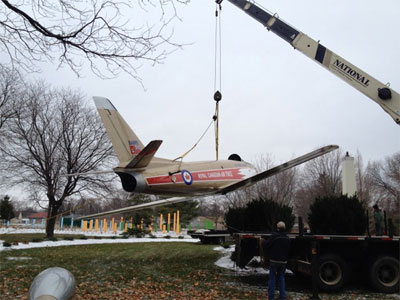 No. 23164 is now down on the mounting lug permanently. The main lift strap has been released, and the new canopy is being positioned in place for final riveting. 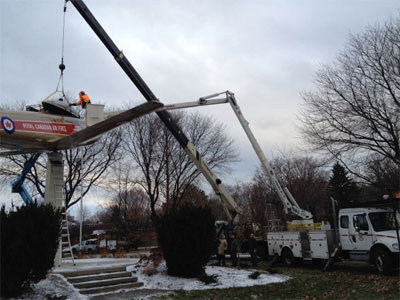 This is how she looks in all her glory, standing guard. 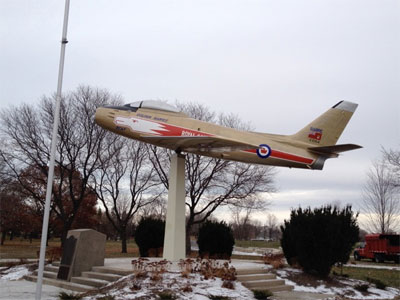 Here is a picture of No. 23164 when she was nearly lost in a 1971 warehouse fire. (Picture is from the Sarnia Fire Department archives.) 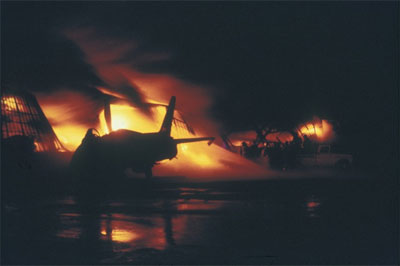 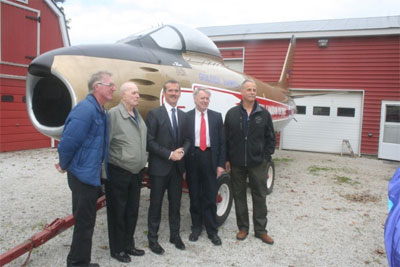 Through all of its misfortune, there were always loving aircraft enthusiasts around to help it rise from the ashes. Attendees built a Zenith 750 Cruzer at EAA AirVenture Oshkosh in a week. The crew here rebuilt a Sabre in 22 months. Both jobs were a testament to what men and women can do when they work together toward a common goal. What could be more EAA than that? A special rededication ceremony will be held on May 31 at 1,400 hours with, hopefully, a flypast and several dignitaries in attendance.
To provide a better user experience, EAA uses cookies. To review EAA's data privacy policy or adjust your privacy settings please visit: Data and Privacy Policy.