Think Back, Way, Way Back

May 2017 - When I was a student pilot, the instructor focused on the standard circuit and standard methods of entry with other traffic at uncontrolled airports. I’ve mentioned more than once that U.S pilots flying in Canada use a 45-degree entry to the downwind much more often than Canadian pilots do, but this was maybe my own narrow perception (and what I see commonly at my local airport).

The latest release of the Aeronautical Information Manual (AIM) is available from Transport Canada  and, in checking sections 4.3 and 4.5 of the RAC section, apparently a 45-degree entry is okay at controlled airports but not at uncontrolled ones unless the airport is in a mandatory frequency (MF) area and an airport advisory is available.

You can download it for free and have the up-to-date information. Am I alone in my fond memories of those update pages in the AIM 8-by-5 ring binder? One benefit was that you could pretend that you remembered everything and only had to absorb the changes, and you were good to go. The fact that some of those changes were to fix typos or titles of chapters didn’t seem to matter. You could scan over them and convince yourself you knew it all. Well, I thought it might be useful to point out a section right at the beginning of the online AIM titled “Explanation of Changes.” It has a rather nice summary of all of the changes referred to on one page at the beginning, so you don’t have to spend the time finding which pages to consign to that stuffed wastebasket under your desk like you used to do.

Buttonville Municipal Airport in Ontario is staying open, at least until October 31, 2018, but even the threat of closing causes businesses at an airport to reconsider their options. The announcement that it will remain open stated “and perhaps beyond,” and it’s that “perhaps” bit that is really unhelpful to anyone making serious plans. We’d be interested to hear the viewpoint of anyone presently based in Buttonville. 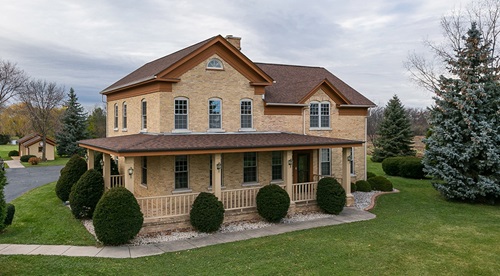 Aircraft Spruce has purchased the Oshkosh home of Paul and Audrey Poberezny. In a recent announcement the company stated that it has plans to preserve the heritage of the Poberezny family, and that it will make the home available to EAA for tours. Thanks to all our friends at Aircraft Spruce.

Continental announced recently that it has shipped 5,000 diesel engines to the general aviation market. Single-lever operation with full authority digital engine control (FADEC), water cooling, constant-speed prop as standard, and ability to burn Jet A. The Centurion family of engines was originally developed by Thielert. Continental has focused on the area of the marketplace that includes the Cessna 172, Diamond DA40 and DA42, and Piper Cherokee. Has anyone out there thought about putting one in an amateur-built aircraft?

By the time you read this, there may be pilots flying in the United States without a current third-class medical. The BasicMed program was due to take effect on May 1. This allows a pilot to schedule a regular non-aviation medical examiner visit with a checklist provided by the FAA, as long as the pilot has held a third-class medical some time since July 14, 2006. Since the BasicMed program is not compliant with the International Civil Aviation Organization (ICAO), these pilots may not fly in Canada. Apparently each country has the option, though, of accepting BasicMed through their local regulations, so maybe there might be an accommodation someday.

Thinking back, we’re very lucky to live in a time when we can get so much information online, install avionics in our aircraft that make us safer pilots, load software updates to get us the latest charts, get in-flight weather, and so much more. I’m excited to try the ForeFlight Glide Advisor when I get my RV going this month. Happy flying everyone. Drop me a line if you have anything to say.