June 2015 - By Murphy’s Law, nothing is ever as simple as it first seemed (licence taken). That’s especially true for aircraft and exceedingly so for modifications. Despite all our planning and preparations, installing the wingtips proves to be just a bit harder than expected. For some reason, epoxy components can change shape a bit after they should be cured and stable. We’ve had to use 12-inch machinist’s clamps to regain the profile wanted. It’s coming along, but it takes some time. We’ll need to do the wingtip installation in a future issue.

In this part, the subject of strobe lights can be undertaken, as well as the air dam that serves to reduce airflow between the upper and lower aileron surfaces.

Originally the Sonerai wingtips had the $50 white strobe lights from Great Plains Aircraft. They were very good for what they cost, but they have a life and because they come as a kit, they take time to assemble and probably solder. It is also the case that the new wingtips contain fuel. While 100LL has a lower vapour pressure than auto gas, it can be made to burn, Fuel vapours can be made to explode. Strobes are just the ticket near fuel. 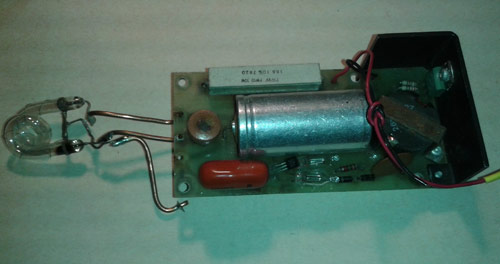 Thus we decided to forgo those and with some searching found these new strobes which can be mounted externally and on a ventilated compartment on the bevelled portion of the wingtip, all of which moves the thyristor and lamp away from vapours. It also helps that the new strobes are sealed units. Their location further makes accidental damage less likely. If replacements are needed, they can be purchased online. 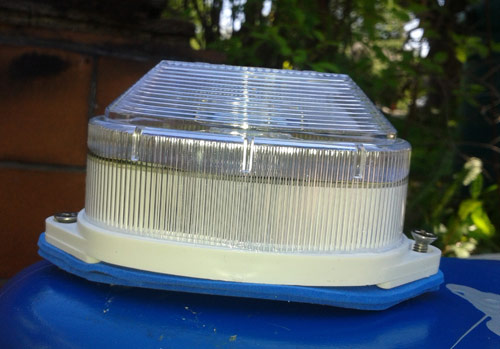 It also might be a good idea to switch the strobes on during climb and off during rollout. A modification such as this one does require changes to your checklists.

These strobes have the advantage of eliminating the need to hot-form Plexiglas or use epoxy resin to form lenses. The new, inexpensive strobes were obtained from QKits.com. They are model number HAA110W.

Yes, it is true that they all have fairly limited output. In our application, more is not better. A Comanche passed about 200 feet above us one sunny day, going in the opposite direction. We were leaving an airport zone and he was entering to land. Strobes were switched on. The truth is he never saw us and we only saw him from about 500 feet away. It’s a very good idea to keep your eyes outside the cockpit, 90 percent of the time. The gauges you have won’t save you from a mid-air. The devices that will, though, announce conflicts in your headset. All this is to say strobes help people who are looking for you.

The current fairings that enclose them are not quite deep enough to allow 26 degrees of aileron up-travel. One would only use that travel for aerobatics, some of which the Sonerai is approved for. If you think about rolling this aircraft, it is halfway over before you realize it. Tiny stick movements result in huge changes of aircraft attitude.

The ailerons (anywhere around the manoeuvring speed) are supposed to be a bit like those of a fighter. Even so we’d like that travel back. However, we wish to fly this aircraft this year and can live with the already remarkable manoeuvrability until next year. The aircraft has flown 21 years now.

Therefore the small air dams at the wingtip trailing edges were moved over to the Hoerner wingtips to reduce or eliminate air leakage from below the wing through to aileron gaps to the area above the wing. The clearances need to be managed. The riveting cannot be completed until the wingtip is attached. You’ll notice in the photo that one rivet is missing for now. 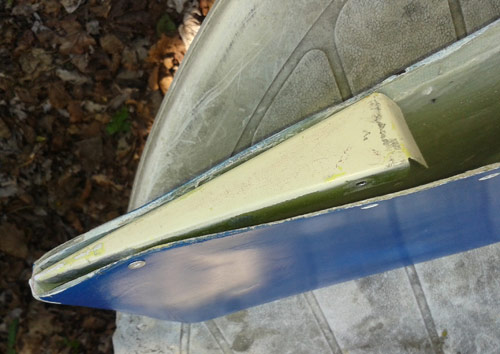 You may also notice the distortion in the wingtip mentioned above. A decent heat gun would allow you to straighten the distortion if so desired. The trade-off is flying time versus time on the ground.

That almost completes the things which need to be installed on the wingtips. Fuel fittings and lines remain to be done, but they will have to wait for the final installation of the wingtips. We can hardly wait.
To provide a better user experience, EAA uses cookies. To review EAA's data privacy policy or adjust your privacy settings please visit: Data and Privacy Policy.