July 2015 - Ever wonder where all the letters and numbers for Lycoming engines came from and what they all mean? I recently came across a June 1972 copy of EAAC Canadian Sport Aviation News, where an explanation of the numbers relating to an O-320 Lycoming engine appeared in an article edited from a Falco newsletter by a Mr. Al Constant. 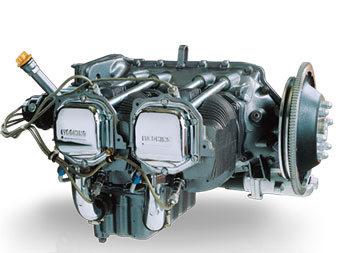 It’s all rather confusing, but stay with me.

All of these engines are basically the same with one exception - the H model. So to start, the first letter, “O,” indicates a carbureted engine. If the letter “I” proceeds this first number, this indicates an injected-fuel system.

This represents the basic “cubic-inch” displacement of the engine, but read on.

Here it gets murky. It appears that the heads (or pistons) are machined to produce low-compression (150 hp) or high-compression (160 hp) versions.

Now there are many other variables. For instance, the crankcases are all cast in the same basic mold, but the lugs are machined differently for Type 1 or Type 2 Dynafocal mounts. Almost all carburetors and injectors are mounted in the bottom, and almost all injectors are mounted in the bottom. The exceptions being the carbureted O-320-D made for the Grumman American Cougar with the carburetor mounted on top. Also the Twin Comanche engines (IO-320-A, -B, and -C) also have the injectors mounted on top.

So these letters refer to various combinations of carburetor and injector locations and Type 1 or Type 2 Dynafocal- or conical-mount configurations.

The numbers after the first letter determine whether the crankshaft is hollow (No. 1 for constant speed propellers) or solid (No. 2 for fixed-pitch propellers).

Finally, the letter following the central number determines the accessories installed. The usual variable is the magnetos: Bendix or Slick.

Sometimes the letter D is added as in O-320-H2AD. This indicates a Bendix dual magneto in a single-case driven by a single-drive.

The exception to all of the above is the “H” series engines, which proved to be problematic. Cessna installed them in some of its Skyhawks, creating a real nightmare for the company. Cessna soon dropped them, and many found their way into the amateur-built category with mixed success.

Learn more about Lycoming and its early history as a sewing machine company here.

Also, did you know that Lycoming made the engine for the Dusenberg J series?