Don’t have strobes but want them? Want a high-tech lighting solution at low cost? I ran into this fascinating product at EAA AirVenture Oshkosh and discovered it was invented by an interesting electronics designer from Ottawa. I was delighted to learn that it was a really simple method of getting brighter, stroboscopic nav lights without the need for a strobe sender. These lights were so bright that in stroboscopic mode he mostly covered them so that the onlookers were not temporarily blinded. I asked Chris if he would let us publish an article about them, and here is what he sent.—Editor

We have developed a combination navigation light and strobe light in one simple replacement bulb, which we think improves aircraft safety at very low cost. The Wingtip LED bulb that we developed is a direct replacement for the A-1512 bulb from Grimes, Rapco, and Whelen Model E. 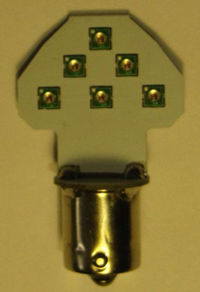 The tailfin LED bulb is a direct replacement for the GE 1691 bulb.

We have built a micro circuit into the base of both bulbs that allows the LED bulb to change modes by simply moving the nav switch in the cockpit from OFF to ON to go into the steady ON mode. When you want to go to strobe mode, move the nav light switch from ON to OFF to ON within three seconds and you enter the strobe mode. The modes change each time you operate the nav switch. There is no modification required to the aircraft. Simply replace the existing bulbs.

Our Sextant kit uses only 940 milliamperes in constant mode and less than 700 mA in strobe mode. The traditional bulbs use 8,000 mA (8 amps). The expected life of the LEDs is about 10,000 hours. 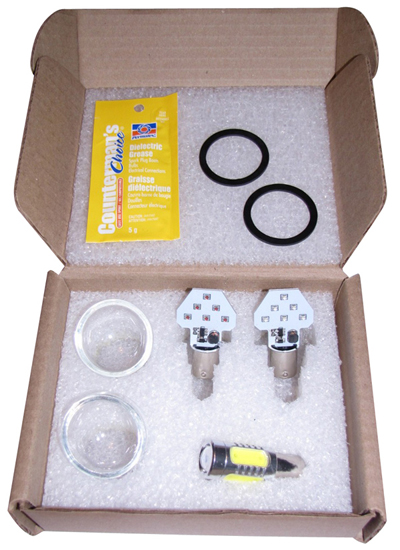 The most popular combination is called the Sextant kit strobe system. You don’t need a strobe sender, you will have brighter lights, longer-lasting bulbs, and use less current. The products are available through Aircraft Spruce and the Sextant kit is available as ACS part number 11-11987. 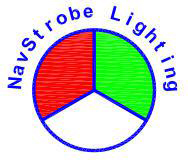 If you have any questions about the product, you could call Aircraft Spruce or contact me via email at navstrobe@gmail.com or call (613) 285-0911.