You Have Five Years!

September 2015 - Have you read the recently published Notice of Proposed Amendment (NPA) from the Canadian Beacon Registry regarding the requirement for a 406-megahertz (MHz) emergency locator  transmitter (ELT)? If so, you will find that the proposal calls for all commercial aircraft to have a 406 ELT within one year and private and recreational aircraft would have five years to comply.

Personally, I’ve always found it a bit strange that the mandated 121.5 ELT I was forced to buy in 2005 ceased to be monitored before a replacement was authorized. It’s a bit like having local authorities decide to turn off traffic signals for 15 years while they plan the replacement. In practice many pilots are capable of having one standby radio tuned to 121.5, and there are many instances where this has been useful. But the fact that the authorities (COSPAS-SARSAT) themselves decided to ignore these distress signals has always made me feel uneasy and confused.

Many of us purchased the ACK E-01 ELT for our homebuilt aircraft since it was one of the lower-priced ELTs of good quality, with a remote panel-mounted test panel. I recently learned of an upgrade path that seems very attractive. Through Gulf Coast Avionics I spoke to Matt Schloss and learned that they have a special upgrade. ACK E-04R is the part number, and it is available at $569. Those would be the American variety of dollars, so keep an eye on that exchange rate. Matt will need the 24-bit code for your aircraft, which is available to you at the Canadian Civil Aircraft Registry. Just look up your call sign. If you are not replacing an ACK device, it only costs $20 more for the full replacement. Both come with the addition of an audible alert mounted behind the panel. The new device also comes with a lithium battery pack, which needs to be replaced once every five years for $125. Replacing eight D-cell batteries at the annual costs about the same, but you will avoid the task of frequent replacement if you go with the lithium battery pack. 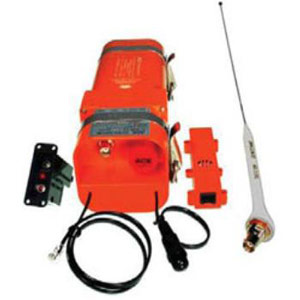 Since this seemed like a good price to me, I asked whether it was likely to go up, and the reply was that in general, manufacturers reveal their new prices in the new year. You have to decide whether you think this already very attractive price will go down or not, but I’m guessing as demand increases, it will go up.

I’m assured that Gulf Coast Avionics will do all the programming and that an amateur-built Canadian aircraft can have its 406 ELT installed by the owner, leaving only registration with Transport Canada as the owner’s responsibility. That seems to be in keeping with what one can understand from the NPA.

As we get closer to that five-year deadline, a lot of people will be trying to buy 406 ELTs, so it’s unlikely that the price will plummet. Sounds like a great winter project to me.