September 2018 - Southwestern Utah is not the sort of place you’d expect to find a warbird museum. The landscape is uneven, sometimes rising to 9,000 feet or more. The temperatures can rise to more than 100 degrees Fahrenheit. In fact, most of us would describe the terrain as downright intimidating. You’d be lucky to find a piece of land long enough to host a runway, but that’s exactly what we did.

St. George Regional Airport (SGU) hosts Delta, United, and American flights every two or three hours so it’s not the busiest airport out there.

In our travels, we’ve discovered an organization called Harvest Hosts, which allows free overnight RV camping, and to our surprise SGU was listed as a host. At least, the Western Sky Aviation Warbird Museum was the host in collaboration with the airport. Most Harvest Hosts are farms and wineries, hence the name.

We realized that this was a great way to promote aviation museums; any readers with connections might like to consider recommending the idea to their organization. The same applies to EAA chapters that have unused overnight parking. The basic idea is that RVers would rather pay admittance to a museum, buy a T-shirt souvenir, or donate to a chapter than pay for campsite services they don’t need. There are presently more than 640 Harvest Hosts in North America. You can find out more about becoming a member or a host at www.HarvestHosts.com, and you’ll be surprised to learn about some of the fascinating overnight stops you can make. If you mention my name you might even get an extra month of membership (and, full disclosure, so would I). The intention here is to promote aviation to travellers who might otherwise just pass by.

Anyway, digression is one of my many weaknesses. The founder of the Western Sky Aviation Warbird Museum was a very welcoming gentleman by the name of Jack Hunter. He was a full colonel (retired) in the U.S. Air Force. He and two of his colleagues invited me to tour the museum, and there was no charge, just a voluntary donations box. Everything was done on a volunteer basis. 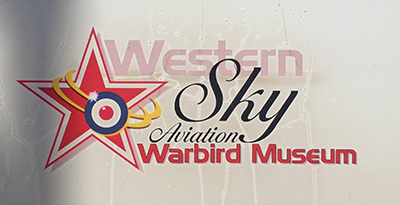 I was introduced to Curt Lawrenz, a retired master sergeant and aviation mechanic who proudly showed me around the relatively small but extremely well-cared-for exhibits.

Outside were several aircraft in various states of refurbishment. There was a T-37 Tweet, a jet trainer about the size of the familiar-to-Canadians CT-114 Tutor. The T-37, produced by Cessna and named the 318, served for more than five decades as a primary trainer. As a twin-engine jet, side-by-side, tricycle-gear aircraft, ground handling and instructor seating next to the pilot were two of the more popular features. Interestingly, the name Tweet comes from the screaming noise the aircraft made in flight. Apparently, ear protection was mandated when anyone was near the T-37, and several military buildings were soundproofed because of this one model. The main refurbishment requirement for the T-37 was a new Plexiglas canopy — and a paint job. 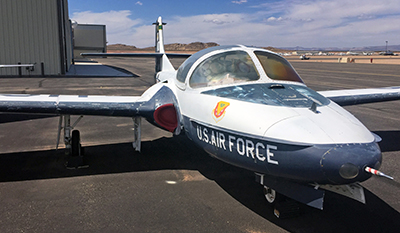 Standing next to the T-37 was a much larger and sleeker-looking Northrop T-38 Talon, which has almost twice the airspeed capability. The main refurbishment job for the T-38 was a paint job.

The collection also includes an F-5 supersonic trainer. I guess those of us with more modest aviation ambitions would never think of the need for a training aircraft that could go supersonic. My days in a 152 trainer certainly included the aircraft making some noises, but sonic booms weren’t in its repertoire.

Next, Curt took me across to a hangar where there stood five beautifully presented aircraft: three MiGs, an RAF Provost, and an A-37B light attack aircraft that was last used by the South Vietnamese air force. Several of the aircraft in the collection had one or more bullet hole repairs. 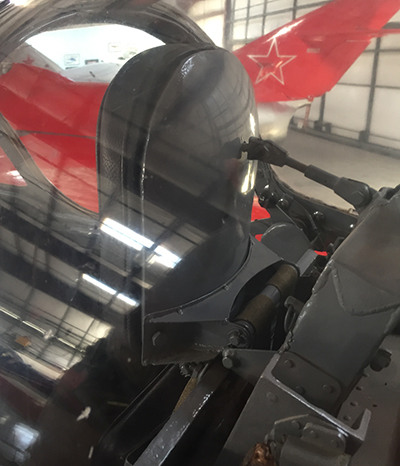 Look closely at the headrest — there’s a bullet ding!

MiG-15 546 was a special aircraft designed for training. It had two seats and only one gun. 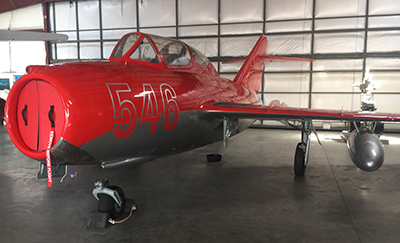 The MiG-17 was capable of 712 mph and had afterburner capability. This particular example was built in 1959 by PZL Mielec in Poland. 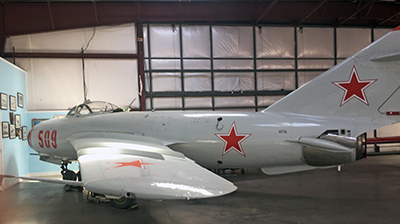 Curt told me a funny story about the A-37B. Apparently, some of the instrumentation and labelling was in English and some in Vietnamese. They had always wondered what was meant by the additional stencilled labels on the seats, suspecting something important. One day, they had a visitor who was Vietnamese. They asked her what the stencils on the seats meant. She laughed and said they mean seat one and seat two. 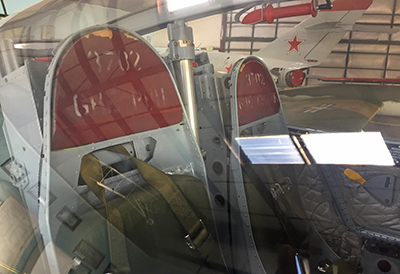 As a light attack aircraft the A-37B was capable of carrying an assortment of weaponry. 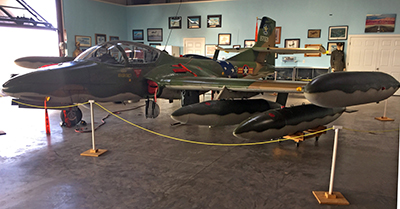 Since the A-37B was so close to the ground, there was a concern that the design would be subject to the risks of ingestion of foreign object debris (FOD) into the engines. The solution was the addition of deployable FOD guards that when retracted lay sleekly against the underside of the engines. 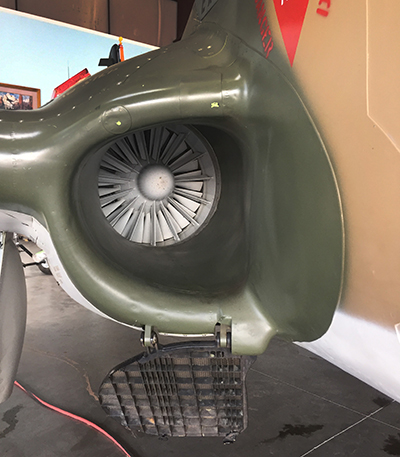 The aircraft are almost all airworthy or will be some day. The airport has had several events at which other classic warbirds have flown in and displayed their capabilities along with several from the Western Sky collection.

The last aircraft in the collection was a Pietenpol variant with a tubular steel fuselage and a Lycoming engine. 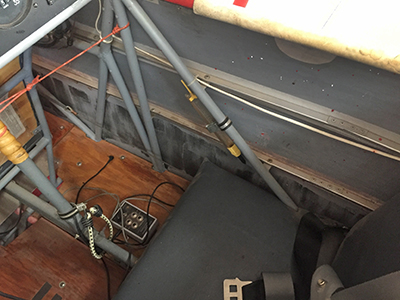 An interesting twist was the outside air temperature gauge that looked like it came from a barbecue but bore the Piper label. 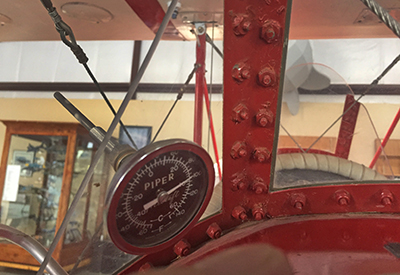 Air temp gauge — or “is the engine cooked yet?”

The Pietenpol was named Annie. 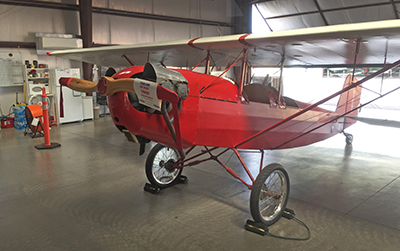 If you’re ever in the southwest corner of Utah, maybe on a trip to Bryce Canyon, Zion, or on your way to the Grand Canyon or Mexico, I’d really recommend you call on this small but well-presented collection. While you’re about it, Curt also recommended the Planes of Fame Air Museum in Williams-Valle, Arizona, which we unfortunately had to miss.