The Lost Art of Airmanship

October 2016 - It was a beautiful fall morning — the first clear, calm day in weeks here on the west coast. Just made for flying; not to go anywhere but just to get back in the air for the first time in weeks for the pure joy of flying; the rate of climb enhanced by that thick air that is only available in the winter. I was headed for pattern height so fast the tower restricted me, because I’m sure they thought I’d bust it. A short flight to a nearby grass strip and a perfect three-point landing – no one ever sees those – followed by coffee and good conversation with old friends and a couple of new ones. I took twice as long flying home only because I could. Not a bump in the air. Right base to final and a wheel landing on the numbers. I am so good (and modest) when no one is looking.

The tower cleared me back to the hangar, and the first taxiway was blocked. No problem, I’m not going that way anyway. 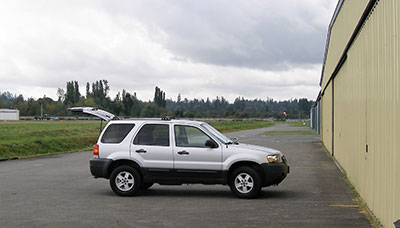 The next turn was “mine.” This too was blocked. Hmm, try the next one … Guess what – blocked. On to the fourth one … argh! Also blocked. Only one left. Whew, this one is clear. Finally able to get to my hangar, but it takes almost as long to get there as it did to fly to the grass field.

I put the airplane away, clean a few oil drips, and update the logs, all the time muttering to myself about “airmanship – the lost art.” Time to go home and, would you believe, “my” taxiway is still blocked. Really, how long does it take?

That got me thinking about a column on consideration or courtesy as applied to the airport, and 770 words later, here it is.

When in doubt, Google it.

Airmanship is defined by Wikipedia as: Skill and knowledge as applied to aerial navigation. It is expanded to cover a broad range of desirable behaviours and abilities. It is not limited to skill and technique but is also a measure of a pilot’s awareness of the aircraft and the environment in which it operates and of his or her own capabilities. My interest at the moment was on the operating environment, specifically the ground. Though less important to life and limb than flight ops, it is most important to others operating in the ground environment.

Most pilots are aware of their own and others’ airmanship qualities by their behaviour on the ground, as they rarely see examples in the air. A pilot’s great flying skills are most often quoted as indicators of airmanship, while his or her aircraft ground-handling skills don’t get the same attention. For that reason, I developed the following list, with apologies to the writer of Exodus 20.

The Ten Commandments of Airmanship 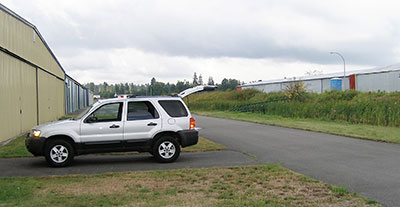 What annoys you most? Are you guilty of any of these? I have been, but I promise to repent. Do you have favourite(s) to add to the list?

Mine are several of those listed above – specifically those pilots who choose to blast out of a parking spot without a care for what chaos they may be creating behind them. But highest on my list are those who push their aircraft out of a hangar or tiedown and then proceed to do an extended walk around (or go for coffee), all the while blocking said taxiway from all other use.

PS: It was still a great day for flying … just not so much for parking.

PPS: No pilots were disturbed in the making of this article. All photos were posed!

About Mike: I have been an EAA member for a while now, having attended meetings with Paul Poberezny as far back as Hales Corners. I’ve been a director at Recreational Aircraft Association Chapters, the Canadian Museum of Flight, as well as treasurer at EAA Chapter 85 in Delta. I’m the current volunteer coordinator at the Abbotsford International Airshow. I fly a 1946 Stinson 108-2 out of Langley, British Columbia (YNJ). I have had a few articles published in the past in the Recreational Flyer and the Staggerwing Club Newsletter - Staggerwing Restoration, and I also blog a bit at mikedavenport.blogspot.ca