October 2016 - I don’t have the problem of the battery running down on my current airplane (Thatcher CX4), but I have had it on previous airplanes.

I’ve solved the phantom-load problem by wiring into the negative battery line (the one going from the battery to ground bus or airframe), a high amperage manual shut-off switch. Locate it in a convenient location easily accessible without removing engine cowl, still trying to keep the large gauge wire as short as possible. The ones I’ve used in the past have a “key,” which is removed when the circuit is open. 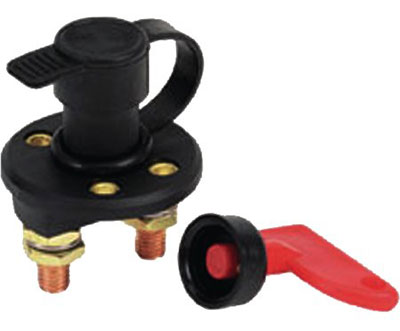 Example of a keyed battery cut-off switch for under $20

A shut-off switch solves more than just the phantom-load problem. It also provides an extra bit of security to discourage vandals and thieves, but more importantly for me is that I like the battery ground to be disconnected whenever I'm doing any kind of work on the engine. This eliminates the need to actually disconnect the negative battery terminal.