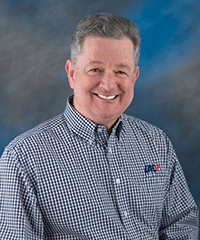 January 4, 2018 - The International Aerobatic Club announced Wednesday that Mike Heuer will be resigning his position as president of the IAC no later than March 19 citing personal health issues. Mike’s current term as president began in the summer of 2014 but he had previously held many officer and director positions within the organization, including acting as president from 1981 to 1990. His father, Bob Heuer, was the first president and one of IAC’s founding members.

Mike wrote on IAC’s website that he plans to continue to serve the organization as IAC’s historian and the United States’ delegate to the Fédération Aéronautique Internationale Aerobatics Commission (CIVA). He will also continue writing for Sport Aerobatics magazine and will serve as assistant director at the 2018 U.S. National Aerobatic Championships in Oshkosh.

The IAC board of directors will choose an acting president to serve out the remainder of Mike’s term during its spring meeting in Oshkosh.