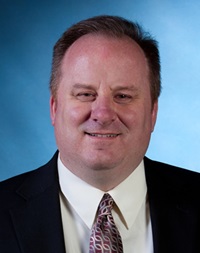 January 22, 2015 – Uncertainty surrounding flight training in restricted category aircraft, and potentially experimental exhibition aircraft, has been clarified following EAA efforts to reach out on behalf of those who own these unique aircraft and train pilots to fly them.

EAA received reports from specialty aircraft examiners of restricted category aircraft that the FAA was considering policy changes that would prohibit the aircraft from being used for initial type rating exams, recurrent proficiency exams, and other flights necessary to operate as pilot in command of the aircraft. The restrictions would have put owners in the awkward position of not being able to qualify pilots to fly their often unique airplanes.

While aircraft in the restricted category are generally not associated with EAA members, such as agricultural and firefighting aircraft, any policy change could have an unintended effect on experimental exhibition category aircraft including warbirds and unique vintage airplanes.

“When we began hearing of these reports of possible policy changes, we went directly to the FAA headquarters policyholders in Washington with whom we have built an excellent working relationships through the years,” said Sean Elliott, EAA’s vice president of advocacy and safety. “EAA received quick assurances that longstanding FAA policy that allows type ratings and pilot proficiency checks in these aircraft would be continued as is, just as has been for the past 50 years. It’s another example of how EAA’s philosophy of building relationships and working toward solutions with federal agencies proves to be very effective.”

Elliott added that EAA is ready to assist the FAA in reviewing best possible solutions if further clarification is needed in this area to ensure that best practices to maintain high safety and proficiency levels in these unique aircraft.