February 27, 2020 - EAA's inaugural Winter Flight Fest event, which combined Family Flight Fest and the Skiplane Fly-In into a one-day event at the EAA Aviation Museum and Pioneer Airport, was held this past Saturday, February 22. With a total attendance of approximately 1,600 people and 29 aircraft flying into the skiplane portion of the event, Winter Flight Fest 2020 was a tremendous success.

A good mix of aircraft, including one helicopter, flew into Pioneer Airport on Saturday. Various Cessna, Piper, Taylorcraft, and Aeronca aircraft made the trip, as well as a Champion Scout, Citabria, Stinson Voyager, Glasair, SkyRanger, Zenith 701, Sport Trainer, and a Cessna L-19, among others. 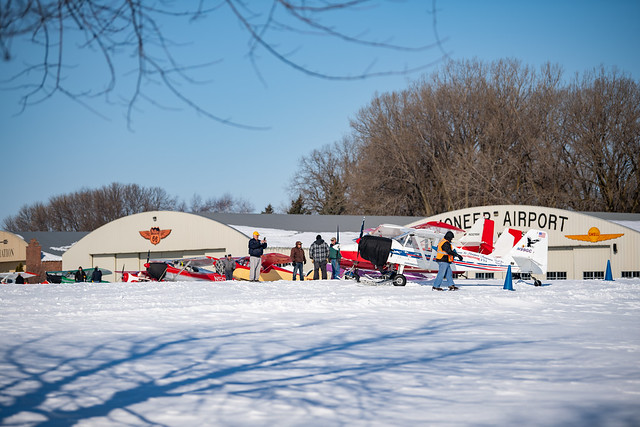