I have completed a thorough refurbishment and paint job on my Ultravia Pelican PL, which was originally designed by Jean Rene Lepage and produced in kit form for amateur construction by Ultravia Aero International of Mascouche, Quebec. Now marketed by Ballard Sport Aircraft of Sherbrooke, Quebec, it is a two-place, high-wing, side-by-side tricycle gear aircraft powered by an 80-hp Rotax engine.

This was a complete renovation. The aircraft was entirely dismantled, and all the control surfaces were removed, renovated, and repainted. 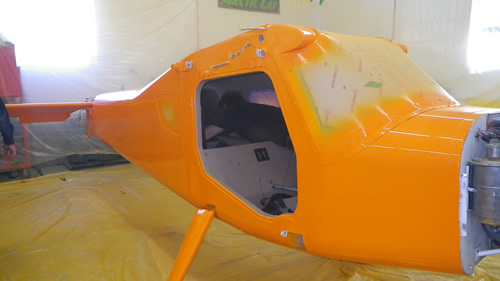 Stripped down and masked for a high-gloss finish

The wings were inspected and repainted. After having painted the fuselage, I added several decals. The instrument panel was dismantled and finished in the colours of the aircraft, and more decals were added. 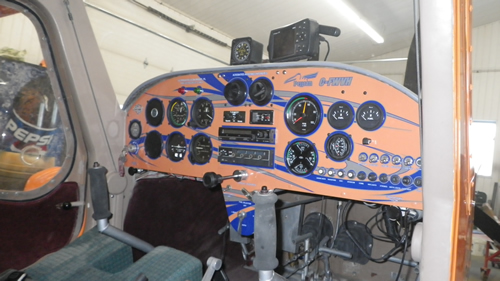 The aircraft was mechanically verified and tested. The brakes were rebuilt as well as the oleo prior to being reinforced to support the addition of skis. 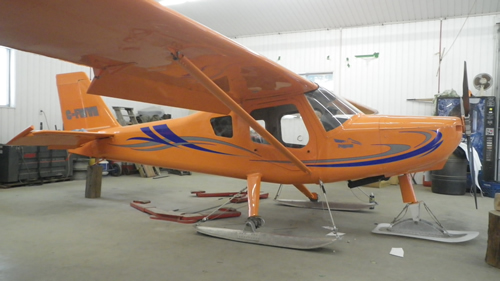 We had the seats made by Les Toiles Robie in Saint-Francois-du-Lac, Quebec. They are re-covered in leather in the colours of the aircraft. We completed the first flight on January 26, 2015. 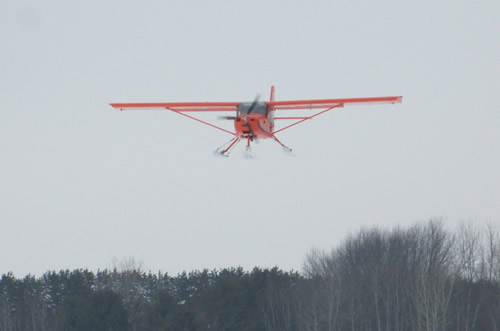 The project so far has taken around 250 to 300 hours. The costs have been reasonable, considering that I’ve done everything myself except the decals, which were done by Steevy Design of Drummondville, and the seats as mentioned above.