June 6, 2019 - The D-Day Plus 75 exhibit officially opened on Thursday, June 6, in the EAA Aviation Museum when D-Day veteran Rene Kepperling, U.S. Army Rangers 5th Battalion sniper, cut the ribbon in front of a large crowd of attendees and re-enactors gathered in honor of the occasion.

In addition to the artifacts within the Telling Gallery, re-enactors had hundreds of additional artifacts on display throughout the Eagle Hangar, and WWII vehicles including a rare D-Day landing craft were parked just outside of the hangar for the crowd to take in. 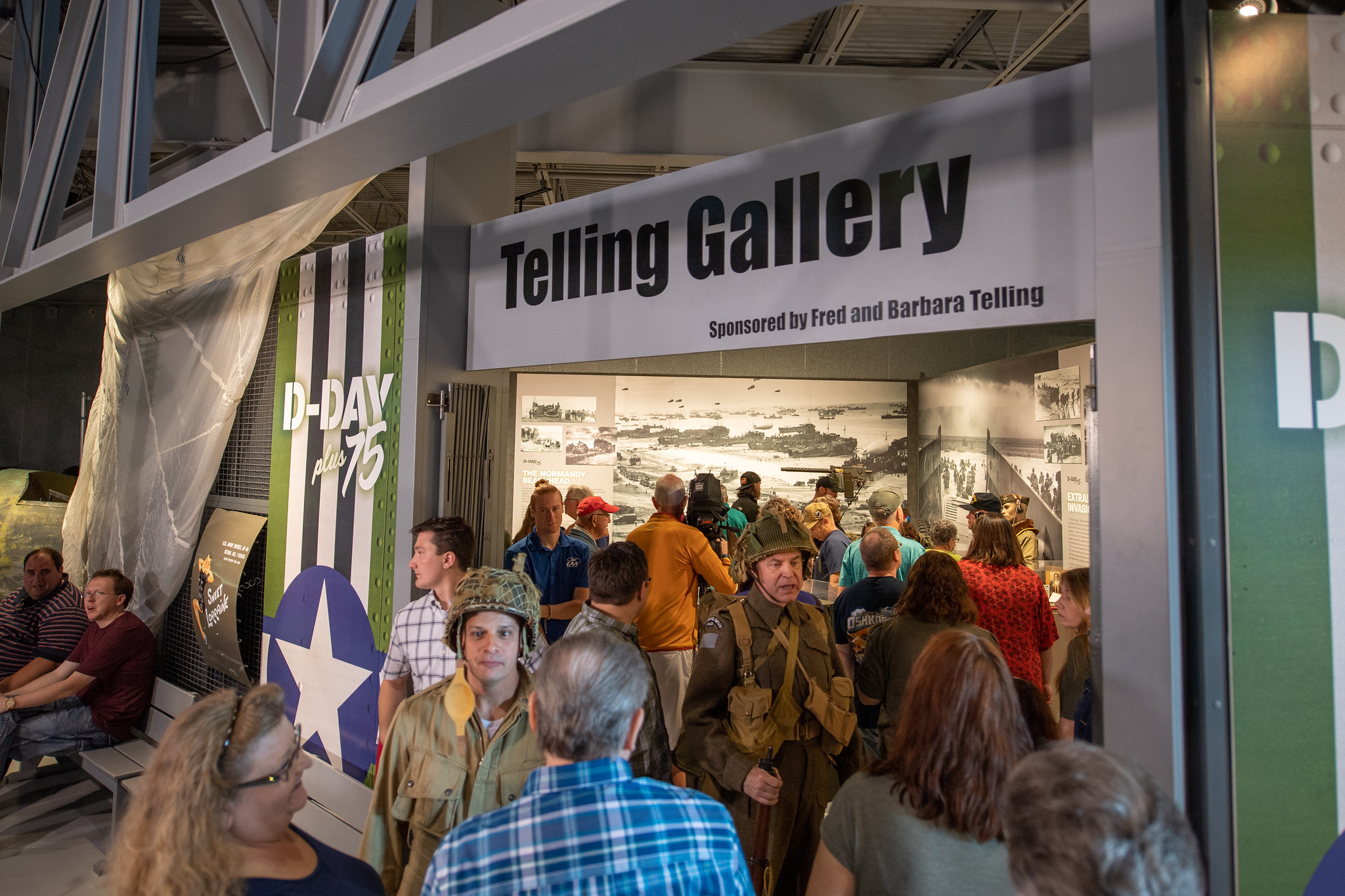