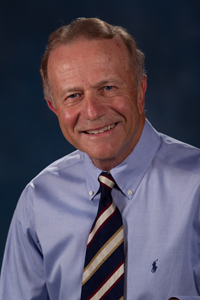 September 29, 2016 - Reflecting on a lifetime involvement and a nearly 50-year career in aviation, Tom Poberezny had an opportunity to discover one of those funny things about time.

“You spend so much time looking ahead, that it’s a situation like this that causes you to look back,” Poberezny said.

The “situation” is his upcoming induction into the National Aviation Hall of Fame in Dayton, Ohio, on Saturday as part of this year’s class of four inductees. Joining him will be two NASA personalities – Christopher Kraft, known as the father of NASA’s Mission Control Center, and Robert Crippen, the first space shuttle pilot and former Kennedy Space Center director. The fourth member of the class is the late Col. George “Bud” Day, a Congressional Medal of Honor recipient and Vietnam prisoner of war.

The 69-year-old Poberezny is being honored for his diverse aviation achievements, perhaps the best-known of which is serving as EAA president for more than 20 years (1989-2010). His achievements also include his notable accomplishments as an aerobatic competition and air show performer. Poberezny will be presented by two former National Aviation Hall of Fame enshrinees: Russ Meyer Jr. (2009) and Dale Klapmeier (2014).

“Sharon and I are truly humbled by this wonderful honor,” Poberezny said. “Moments like this cause me to look back and reflect on a lot of things, especially how far we’ve come in five decades. As (NAHF) asked for photos, I dug back in dusty boxes that hadn’t been open in years, and those photos brought back so many connections. I thought back to EAA in Hales Corners and then Oshkosh, and all the special moments. I thought about all the great people and great events that were a part of it.”

Poberezny’s EAA accomplishments extend over 40 years, beginning in the 1970s when he assumed the chairmanship of the annual EAA fly-in convention now known as EAA AirVenture Oshkosh. He also led the “Wings on Dreams” fundraising campaign in support of building the EAA Aviation Center in Oshkosh, which opened in 1983 as the organization moved to that city. Along with the growth of the fly-in, Tom’s EAA achievements included introducing the Young Eagles program, which has now flown more than 2 million young people over 24 years, and leading the drive to the sport pilot/light-sport aircraft category that opened new possibilities in recreational flying.

An accomplished aviator in his own right, Poberezny was a member of the U.S. National Unlimited Aerobatic Team that captured the World Championship in 1972.  The following year, he won the U.S. National Unlimited Aerobatic Championship. He subsequently flew for 25 years as one wing of the legendary Eagles Aerobatic Team (originally the Red Devils), the most successful civilian precision flying team in history.

Poberezny’s induction also creates the first father-son tandem in the National Aviation Hall of Fame, as EAA’s late founder Paul Poberezny was inducted in 1999. It also marks the second time in the past three years that a Hall of Fame inductee has an Oshkosh connection. Legendary designer and air racer Steve Wittman – the namesake of Oshkosh’s Wittman Regional Airport – entered the hall posthumously in 2014.