The “One Off” Restorations

April 2015 - We’re at the start of the air show season, and to be sure there are plenty of events coming up over the next two months. But we’re all about warbirds here, and the following air shows always seem to have had a good mix of them.

May 16-17: Warbirds Over Addison, Texas - Gathering of Corsairs 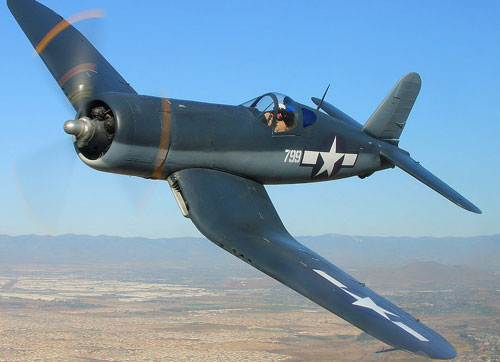 Corsairs are kind of popular these days, and there are way too few to go around. Air show sponsor Cavanaugh Flight Museum has commitments from four Corsairs to join its own – the Cavanaugh Corsair. A rarity among the rare, she’s been finished as an F4U-1C, the 20-millimeter cannon armed variant of the Dash One, and while not original to the airframe, resurrects a little known subtype of the fabulous “hose nose” Dash One Corsair. Interestingly the incoming Corsairs are all -4 or -5 versions, and while a “postwar” version of a World War II warbird is less collectible perhaps than a wartime version, they are more powerful and truly earthshaking for the air show fans that see them. Airshow information.

May 16: Warbirds Over Hondo, Texas 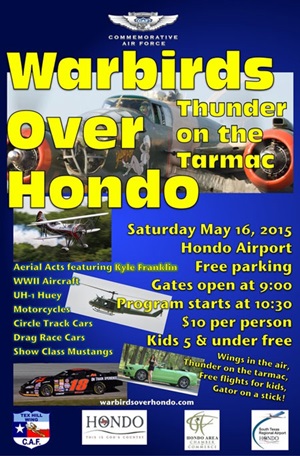 This air show seems to attract a great group of WWII fighters and medium bombers from the local collections. Part of the Rod Lewis collection always appears, and with the amazing and wonderful treasures that are maintained – all flown by Rod Lewis himself – this show can be a stunner should he bring just about anything. This is a great show with many warbirds of all descriptions. Airshow information.

May 16-17: Warbirds Over the Beach Air Show, Virginia Beach, Va. 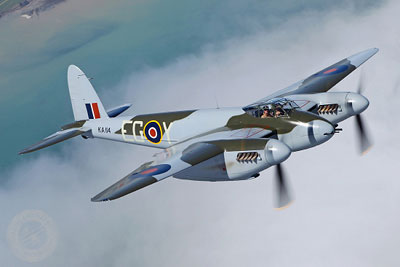 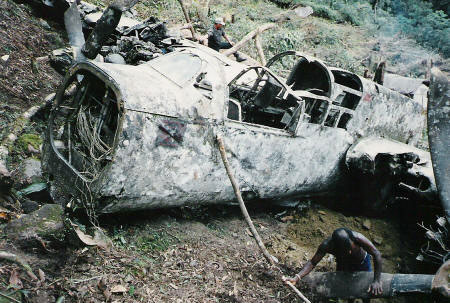 Home of the Mid-Atlantic Air Museum, this show is big this year as the museum pushes hard on its amazing P-61 Black Widow restoration, the story of which is simply inspiring to review. A carelessly lost P-61 from New Guinea returns half a century later in basket-case condition and is restored over several decades on a minimal budget while being almost a sole survivor of its type. The only other wartime “A” model is in China, and while a candidate for restoration, it’s doubtful it will ever return to flight or even a “good” state of preservation. This one is the only civilian-owned Black Widow and deserves your sponsorship as well as a look. A truly staggering project, it’s centered on one of WWII’s most iconic and well-known aircraft. Airshow information. 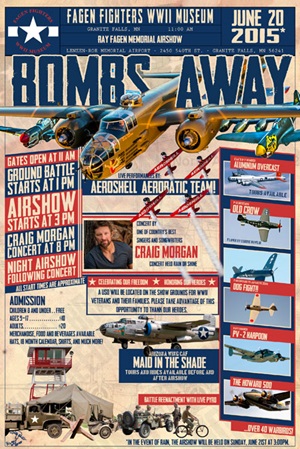 This is a great show in the great north, with a great collection of warbirds! There are two Mustangs, two Warhawks, a P-38 Lightning, and a host of others, including a chance to fly aboard the Fairchild PT-19. The museum has a number of incredible displays and is currently restoring a rare SB2C Helldiver, as well as another P-40E model. The show also includes a large encampment of WWII Historical Re-enactment Society members. Airshow information. 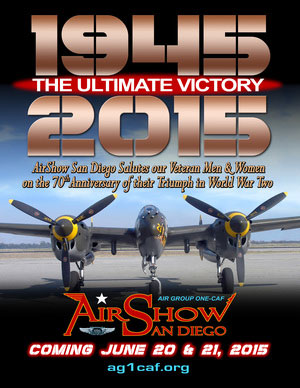 This southern California show can be guaranteed to display a host of warbirds and antiques as the resident aircraft on the field alone are truly amazing. Look for many aircraft to display or fly in from Ramona, Camarillo, and Chino as well. San Diego in June is a great place to be, with warm temperatures and an incredible city to explore should you make it a destination visit. The Commemorative Air Force is the organizer here, so expect a great showing from incoming and local aircraft. Airshow information. 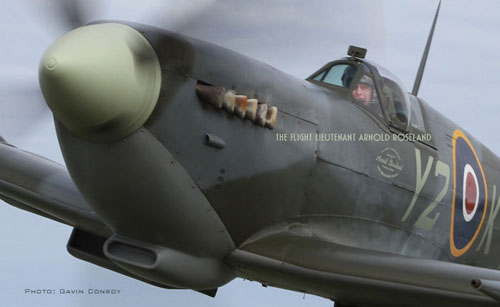 This is another place that has an incredible city as well. If you haven’t been to this place, it is a must to visit. The facility and hangar of Vintage Wings is simply wonderful and shows the care and dedication of those who have worked so hard to make their museum shine. The website and posted stories are staples of Briefing, and one cannot say enough about this museum’s contributions to aviation history on the Internet. The story pages are the best of any museum and allow an interaction on a worldwide stage at any time. The airfield is far enough from the city that when the Spitfire flies by itself, all you hear is the melodious sound of the Merlin and Rotol propeller against the green fields of Canada…almost like Duxford in a way, and simply perfect. Airshow information.