Build Quick But Not Quick-Build

May 2018 - A very attractive kitbuilt aircraft called the Saberwing was on display at the 2018 SUN ’n FUN International Fly-In & Expo. Produced by Azalea Aircraft, it’s a two-seat, side-by-side taildragger with a Spyder Corvair engine conversion. The display aircraft was an LSA version that is reportedly coming soon. The Saberwing kit will cost you US$28,500, is designed to fit tall and short pilots, and has a 43-inch cabin. The aircraft first flew in 2014. There are five beta kits being built at present, and 12 kits currently have been sold. The kits are available in taildragger or tricycle gear configurations. 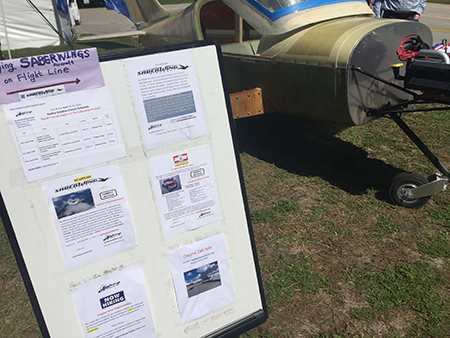 The Spyder Corvair engine benefits from the decision by Chevrolet in the ’60s to produce a flat six air-cooled boxer engine. It really seems to be well-suited to the experimental aircraft mission. It’s available in 100-hp (US$10,500) and 120-hp (US$12,995) versions. This engine won the best auto engine conversion award at SUN ’n FUN 2018. 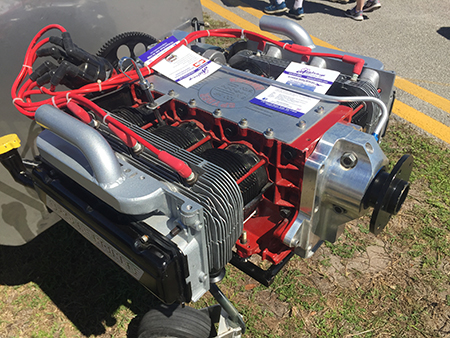 As well as being a very slick-looking aircraft with great lines, it is billed as being very economical to fly, with a VNE of 200 mph. Having built an RV-9A and taking about 3,000 hours to do it, what I found most interesting about this design was the estimated 500-1,000 hours to completion. Being a glass/epoxy design it’s a completely different project, which seems to go together really fast initially. Anyone looking to build a slippery two-seat aircraft with good performance would really enjoy a factory visit to Valdosta, Georgia, just north of the Florida border.

There is no quick-build option presently, but the build is quick to begin with. The first model has a TruTrak autopilot installed, which would make this a great cross-country choice.

You could entertain yourself for hours at www.AzaleaAviation.com if you had a mind to. I have!