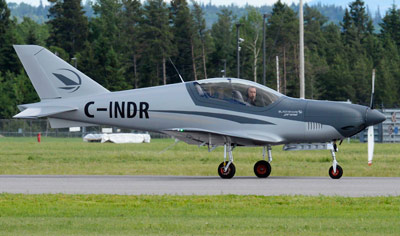 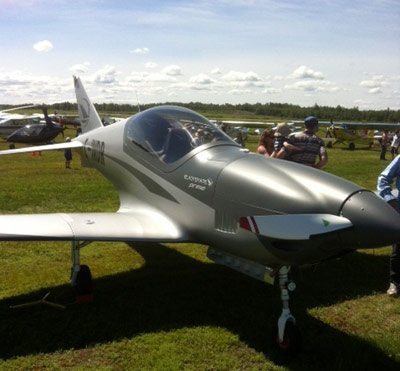 So here’s the question—what would you do to design a high-performance ultralight that would blow your socks off? Well you’d presumably pick a tandem design and build it with carbon fibre. You’d probably choose a slippy cantilevered low-wing design. You’d be likely to use a constant speed prop and a Rotax 912 ULS engine. You might even make it with retractable gear, and you’d want it to comply with some organization’s microlight regulations like the Fédération Aéronautique Internationale and be licensable in Canada. Enter the Blackshape Prime!

It started life as a design known as the Millennium Master and was acquired, renamed, and modified by Blackshape.

The aircraft is flown by Nicolas Horn will be distributed in North America by the Aircité Aviation-Aviasport partnership as a result of a new dealership agreement. 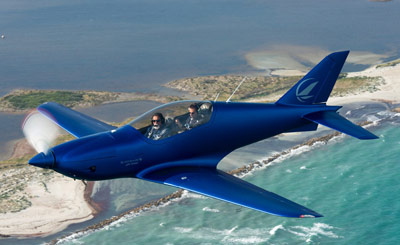 According to Blackshape’s website: “Recently approved by Transport Canada for the Advanced Ultralight Aircraft (AULA) class, the Blackshape BS100 Prime opens up a new segment in the high-performance sport aircraft market of North America. Note that the aircraft is allowed to operate in Canada with a special certificate of airworthiness - limited (night VFR, MTOW increased). A demonstration model is available for testing at the Lachute (QC) Airport, 40 minutes west of Montreal. A more evolved version with 160-hp and a 750-kg maximum takeoff weight (MTOW) is in preparation for certification in Canada and the United States."

Incidentally, Faucheurs de Marguerites is usually translated as “Barnstormers,” but it literally means “those who chop/scythe/crop the daisies.”