Looking for new chapter members? Ron Wood presents two great ideas here. First, hold an open house, obviously with the required advertising, and second, have people help build an aircraft. From personal experience, I can tell you that when you get your organization out there in the public, people love to get their hands on a pair of Cleco pliers. As you’ll see below, one child didn’t even want to leave when her mother told her it was time. —Ed.

This summer saw the Saskatchewan EAA Chapter 154 taking on a Zenith STOL CH 701 project. The partially completed project was donated to the chapter by the estate of Richard Paice, a Regina private pilot. Richard had been working on the project since 2007, when he attended a rudder building workshop at the Zenith factory in Mexico, Missouri. Sadly, Richard passed away in 2016. It was his wish that the project be donated to our EAA chapter. 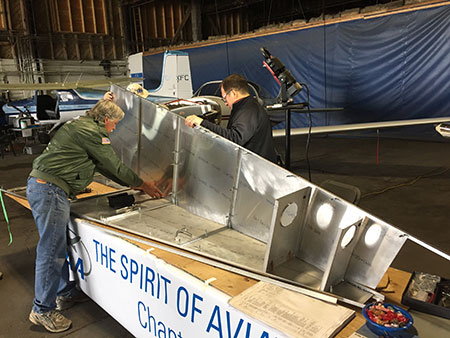 Setting up the display.

As luck would have it, one of our members had just finished building an RV-12, and we were able talk him into temporarily moving the CH 701 build into the space vacated by the RV-12.

With a few build sessions under our belts, we decided it would be a great opportunity to do a build at the Regina Flying Club annual open house in September. The beauty of the CH 701 build is that we could roll up the sheet metal for the rear fuselage, throw it in an SUV along with the L angle for the longerons, and have all we would need for the display simply transported. At the end of the day, we pulled the Clecos and took it all back the same way. 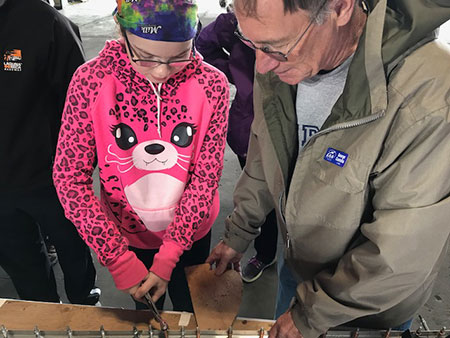 Having her first go with Clecos.

Having a kit plane being built definitely generated a lot of interest at the open house. Somewhat surprising was the interest shown by the younger generation. Of course, we encouraged that interest and had them assist by inserting Clecos as holes were drilled out. 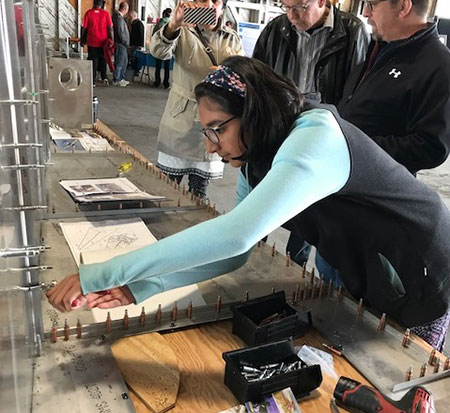 Sometimes you have to stretch.

It was fun to watch their faces light up when we told them they had to sign the builder’s logbook, so we could track everybody who helped build the plane. About 30 budding homebuilders assisted; one had such a keen interest that she spent half an hour helping out. 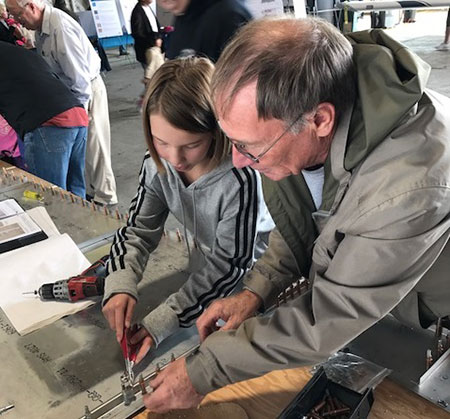 Teaching patience is part of the game.

When her mother tried to get her to leave, she insisted she could do this all day! 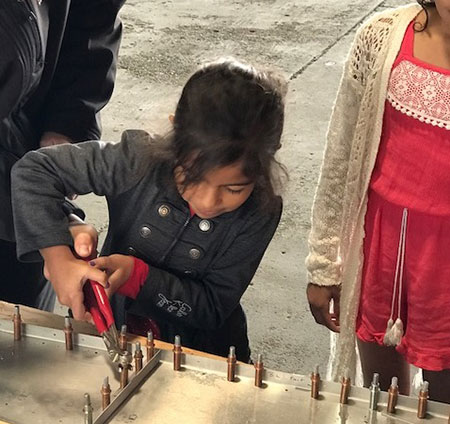 A seemingly endless stream of interested youngsters, and a great day was had by all. 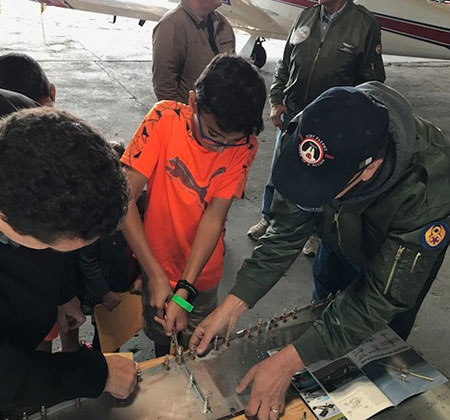 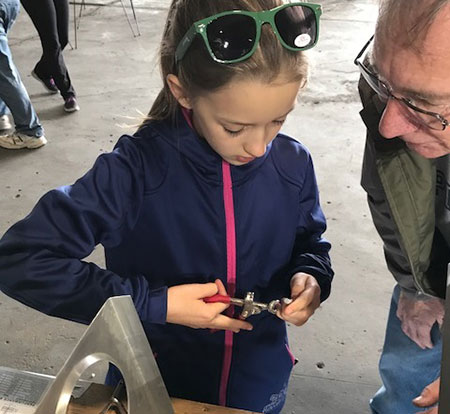 EAA Chapter 154 would like to offer special thanks to the estate of Richard Paice for the donation of the CH 701 kit to our chapter. We look forward to having a more complete aircraft to display at the next open house and once again mentor the next generation of homebuilders and future EAA members.