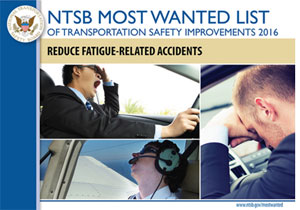 January 14, 2016 – EAA has already been addressing one element of the annual “Most Wanted” list released Wednesday by the National Transportation Safety Board, with EAA’s work helping push down the totals of fatal accidents in experimental aviation.

NTSB’s annual list included safety recommendations for the aviation, rail, and highway sectors. The lone area focused exclusively on the flying community was “Prevent Loss of Control in Flight in General Aviation.” The NTSB noted that between 2008 and 2014, about 47 percent of all fatal fixed-wing GA accidents involved pilots losing control of their aircraft in flight.

EAA has long been involved in the review of loss-of-control accidents, primarily through its work with FAA’s GA Joint Steering Committee. Additionally, EAA led the effort to urge FAA adoption of the additional pilot program, which allows a qualified second pilot for homebuilt aircraft Phase I test flying. EAA has also adopted several recommendations from the 2012 NTSB amateur-built safety study.

“The NTSB is well aware of EAA’s work toward aviation safety, especially regarding loss-of-control accidents, and has recognized EAA’s efforts on several occasions,” said Sean Elliott, EAA’s vice president of advocacy and safety. “The research into amateur-built aircraft loss-of-control accidents and EAA’s focus and visibility on making safety a priority has shown results, such as in the most recent homebuilt accident data that bettered FAA’s not-to-exceed accident goal for federal fiscal year 2015.”

The safety focus from EAA has also included several internal efforts to reach EAA members and the wider amateur-built community. That has included working with homebuilt type clubs to find and highlight best practices, especially in initial test flights where the risk factor is higher. Additional safety visibility has been added through monthly columns by EAA board member Charlie Precourt, a homebuilder who is a former military test pilot and NASA astronaut.

“Safety is more than meeting a single goal or a single accomplishment,” Elliott said. “It is a commitment to a high standard all the time, and dedication to continual improvement of our knowledge and flying skills. It is based on principles that EAA founder Paul Poberezny infused within the organization from the very start. We welcome all aviators to join us and be part of that commitment to safety.”

Aviation was also included in several of the NTSB’s other “Most Wanted” items that encompassed multiple transportation modes. Those specific items included reducing fatigue-related accidents, disconnecting from deadly distractions, and ensuring safety-critical professionals are medically fit for duty.

EAA’s Founder’s Innovation Prize is a contest to solve the problem of fatal loss of control accidents in amateur-built aircraft through innovation. The contest is intentionally open-ended, with the only stated goal to reduce fatalities from this type of accident in amateur-built aircraft dramatically over the next decade - 25% in the next five years, 50% in the next ten. Visit the Founder's Innovation Prize webpage for more information or to enter your idea!