DIY In-Cockpit Weather, Traffic, and More! An Update on the “Stratux” Project

February 4, 2016 - Several months ago we profiled an ADS-B “in” receiver that you can build yourself for less than $120, designed by pilot and programmer Chris Young, EAA 1184340. The unit uses an off-the-shelf Raspberry Pi compact computer and a digital radio tuner to receive ADS-B weather and traffic for most aviation tablet and smartphone apps. Since then, the project has undergone some further development that has increased the utility of the unit. The project also has a new website, which can be found here. With more complexity comes more challenges in the build process, but it’s nothing that a little EAA ingenuity can’t overcome. Let’s take a look.

The biggest change since our first report is the addition of new peripheral devices. The software now has stable support for two digital radio tuners, meaning that a device so equipped will now be dual band, receiving 978 UAT (weather and traffic) and 1090ES (more traffic). The band you will receive traffic on depends on the band the traffic broadcasts on. Since 1090ES is required above 18,000 feet, it is used by commercial traffic and many GA aircraft, so adding 1090ES functionality greatly expands the traffic picture that you will see in many areas.

The second optional peripheral is the RY835AI chip, which includes a GPS, gyroscope, and pressure sensor. Support for the latter two items is still being worked on, but we found the GPS to be accurate and useful for devices such as tablets without an internal GPS chipset. Adding the RY835AI combines all functions needed for aviation into a single unit, decluttering your glareshield. If you are just interested in GPS, support has recently been added for the VK-172, a USB WAAS GPS, which retails for just $20. 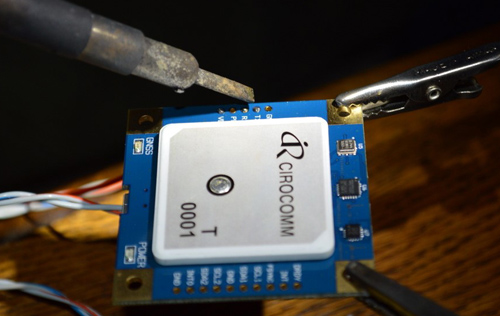 The RY835AI has a USB cable, but users have found that hardwiring it to the Raspberry Pi’s input/output pin bus is a more reliable connection

Chris and project contributors also added a handy web-based interface to the unit, broadcasting a webpage over the Raspberry Pi’s WiFi that includes diagnostic information and configuration menus. 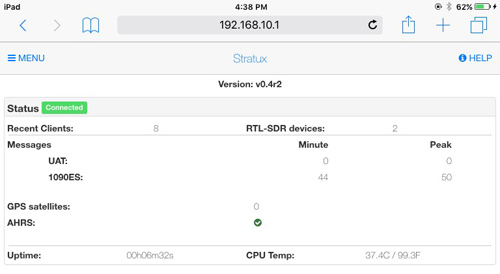 The user interface contains both diagnostic information and configuration options

There are a few tricks to building the expanded setup. While the original single-band unit simply required the builder to plug a few things in, the extra gadgets really demand a custom case to keep everything organized. Fortunately there is a growing list of 3D-printed cases that are designed specifically for this project. I built this one, designed by Tony Kirk (EAA 380657), which includes an optional fan to help with cooling and integral folding antennas. 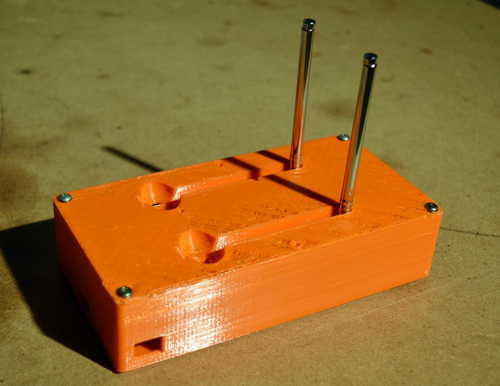 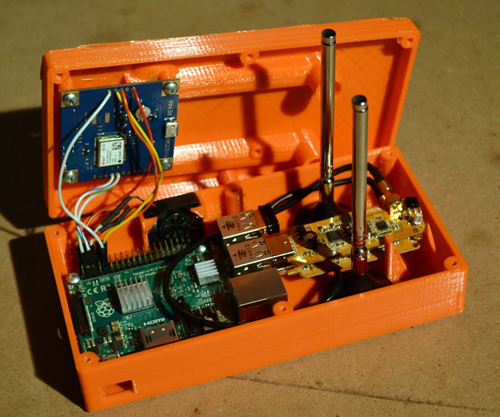 Note the RY835AI wired to the pin bus; there are also 5V and ground pins available for the fan

A colleague built this one (designed by Scott VanderVeen of Pro-Composites and EAA SportAir Workshops), which has aftermarket antennas but a little more compact form factor. 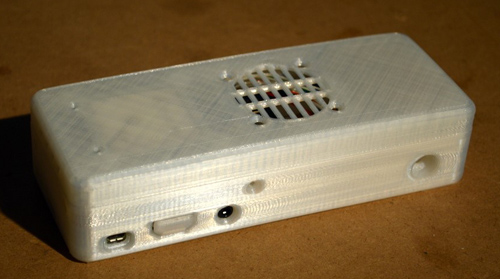 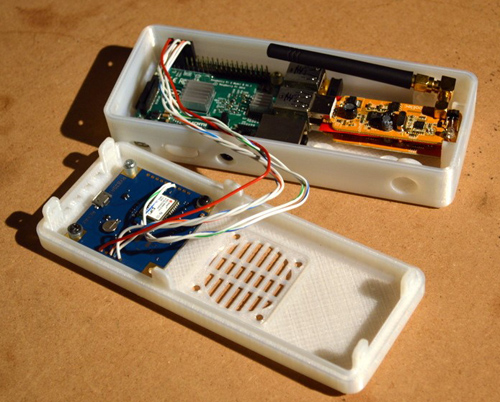 We are working on an internal antenna solution, but you can also run “pigtails” from the radio tuners to the ports on the case for exterior antennas

Most cases require you to remove the plastic housing on the radio tuners. Make sure to insulate all contact points that might be in danger of shorting across other metal parts. Some cases have the tuners plugged directly into the Pi, others use short USB extensions for remote mounting.

Don’t have a 3D printer? No worries! Online services such as makexyz will print any file you send them for a reasonable price, and rental/communal printers are found in more and more communities, even at some public libraries! We did find that the PLA material used by many entry-level printers has a lower melting point than most consumer plastics, so avoid exposing your case to excessive heat. Alternatively you can use a more heat-resistant material such as ABS, nylon, or forget the 3D printer entirely and build your own case out of anything you want. This is what EAA is all about – experiment and be creative!

One consideration when using all peripherals is power consumption. A light-duty 12V phone charger or a small portable battery can run the unit in the basic setup, but for the fully-equipped unit you should invest in a high-amperage power source and a quality cable. 2 amps seems to be a good minimum to ensure adequate power.

As always, your eyes should be your primary traffic-avoidance tool. But the expanded traffic functionality can help situational awareness in busy areas, and for an extra $25 for the extra tuner it’s a worthwhile investment. It remains to be seen if the full potential of the GPS/AHRS chip can be unlocked, but for those pilots requiring a peripheral GPS for their tablets, the addition of the chip is already worth it.