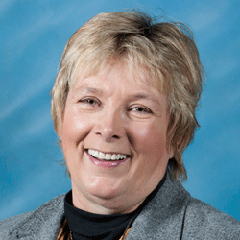 February 20, 2016 — Susan Dusenbury of Walnut Cove, North Carolina, a longtime vintage aircraft enthusiast and Vintage Aircraft Association member and chapter leader, was named VAA’s president on Saturday by the organization’s board of directors. Dusenbury succeeds Geoff Robison, who retired as president after serving for the past 12 years.

“I deeply appreciate the support of the VAA board and EAA as I step into this new role,” said Dusenbury, a 2013 inductee to the Vintage Aircraft Association Hall of Fame. “The vintage aircraft community is filled with wonderful people and magnificent aircraft, and we have great stories to tell about all of them and why more people should explore this area of flight. The VAA board and I are also eager to support and expand our VAA chapter network and strengthen the bond with our dedicated volunteers throughout the country and at Oshkosh.”

The Vintage Aircraft Association was founded as the EAA Antique/Classic Division in 1971. It is the world’s largest organization dedicated to the preservation and restoration of vintage aircraft. It brings together people from around the world who share a common interest in the aircraft of yesterday and is a part of the Experimental Aircraft Association. More information is available at the EAA Vintage website.