The honorees will receive their awards in front of their peers at EAA AirVenture Oshkosh 2015. They’ll receive individual plaques from the FAA during EAA AirVenture and their names will be added to the large permanent plaque located in lobby of EAA AirVenture Museum. All four honorees receive all-expenses-paid trips to Oshkosh to attend the awards presentation.

“These awards highlight the important role played by these individuals in promoting aviation education and flight safety,” said GA Awards Board Chairwoman Arlynn McMahon. “The awards program sponsors are pleased that these outstanding aviation professionals will receive the recognition they so richly deserve before their peers in Oshkosh.”

Mary Schu, who owns and operates Mary A. Schu Aviation and Mary A. Schu Consulting in the Portland area, provides designated pilot examiner (DPE) services and flight instruction and also conducts several Flight Instructor Refresher Courses (FIRCs) each year. She has more than 20,000 hours of flight time logged, including more than 14,000 hours of instruction given, and holds ATP and CFI certificates for airplane single and multiengine land and instruments.

As FAASTeam Lead Representative for the Portland-Hilsboro FSDO Schu provides numerous presentations and safety seminars and is one of 31 industry leaders assisting the FAA in developing new airman certification standards to replace the current practical test standards by the end of 2015 as a member of the Airman Certification System Working Group. Contact Mary 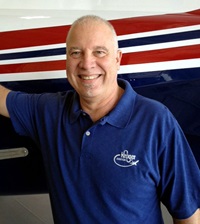 Donald Streitenberger is chief inspector for The Kroger Company at Cincinnati Lunken Airport, where he directs inspections of Kroger’s business jet fleet. He joined the company as a line mechanic nearly 30 years ago and has been Chief Inspector for more than 11 years. Streitenberger holds FAA certificates as a repairman and a mechanic with airframe and powerplant ratings and inspection authorization.

He has served as president, vice president, secretary, treasurer, and the board of directors of the Ohio Aircraft Technicians Society (OATS), the Cincinnati chapter of the Professional Aviation Maintenance Association (PAMA). Streitenberger has facilitated and taught numerous IA renewal seminars at Cincinnati State Technical College, and for years has played a key role in the annual Lunken Airport Days Aviation Career Fair. 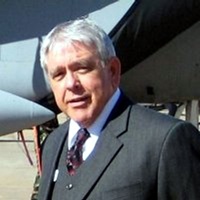 2015 National Avionics Technician of the Year

Rick Hestilow has been in the aviation maintenance field for more than 40 years, and for the past decade has focused on achieving professional recognition and certification of aircraft electronic technicians (AETs). Hestilow serves as program director, director of standards and certification, and director of accreditation for the National Center for Aerospace & Transportation Technologies (NCATT).

Hestilow worked as an A&P/IA for more than 30 years and is a designated mechanic examiner, a designated airworthiness representative, a director of maintenance for multiple Part 145 repair stations, owner/operator of three FBOs, and an instructor at a Part 147 AMT school.

He has a long association with Tarrant County College in Fort Worth, Texas, where he has taught numerous courses in aeronautical technology and served as coordinator of special projects. Contact Rick 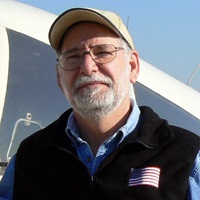 2015 National FAASTeam Representative of the Year

Chris Hope first volunteered as an FAA aviation safety counselor more than 10 years ago and when that program morphed into the FAA Safety Team in 2009 he became a FAASTeam representative. During the past 12 months, he has conducted 11 safety seminars and in 2013 founded the Kansas City IMC Club that meets monthly to discuss real-life issues of instrument flying.

Hope holds ATP, CFI, and GI certificates, is a Gold Seal CFI and Master Instructor, and has flown more than 500 youths as a volunteer pilot with the EAA Young Eagles program. Hope also has served as an Angel Flight mission pilot since 2001 and has served as chairman of the Angel Flight Central Safety Committee since 2013.

A 1969 graduate of the United States Air Force Academy, Hope underwent pilot training at Sheppard AFB and served as a C-141 pilot for the military airlift command McChord AFB. After serving as a flight instructor at the academy, he earned his MBA at the University of Northern Colorado in 1977 and then worked as a civil engineer while doing free-lance flight instruction. Since 2008, Hope has written for various flying publications including EAA Sport Aviation, AOPA Flight Training, NAFI Mentor, and Aviation News. Contact Chris