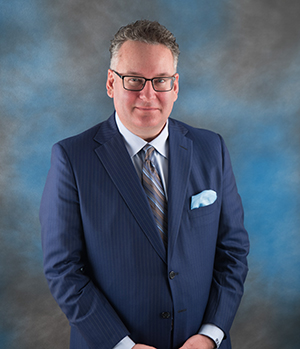 April 20, 2017 - Ken Strmiska, an aviator who has more than 25 years of fundraising, foundation, and community development experience, has joined EAA as vice president of philanthropy and donor stewardship.

In this role, Strmiska will lead EAA’s donor relations group as a member of the association’s senior leadership team reporting directly to EAA CEO and Chairman Jack J. Pelton. Strmiska will also be responsible for diverse areas such as building on EAA’s strong history of philanthropic support and developing systematic approaches to cultivate and steward individuals who support EAA and the EAA Aviation Foundation in significant ways.

“Ken brings a unique blend of aviation enthusiasm and extensive, successful philanthropic acumen to a role that includes relationship work with EAA members and other aviation enthusiasts,” Pelton said. “His experience and knowledge, along with his passion for flight, will be very valuable in building relationships with those who support EAA’s mission of growing participation in aviation in the many ways offered by the organization.”

Prior to joining EAA, Strmiska held leadership roles at Lakeland University, the Greater Green Bay Community Foundation, and the Council on Foundations in Arlington, Virginia. He also served as president of a fundraising and community engagement consulting firm.

Strmiska earned a doctorate in education administration from North Carolina State University, and a master’s degree in business and bachelor’s degree in music performance from the University of Wisconsin Madison. He is also a longtime EAA member who holds a commercial pilot certificate and is nearing completion of his multi-engine rating.