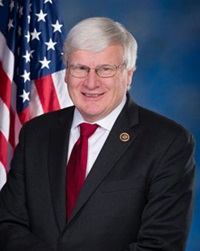 representative from Wisconsin’s 6th District, which includes Oshkosh. It was Grothman’s first official visit to EAA’s headquarters since taking office in the 114th United States Congress in January.

Sean Elliott, EAA vice president of advocacy and safety, and Rick Larsen, vice president of communities and member programs, met with Grothman to discuss EAA’s activities and its members’ priorities in Congress. The group discussed the Pilot’s Bill of Rights II, of which the Congressman is a cosponsor; EAA’s opposition to user fees; and its concerns with the currently proposed privatization of air traffic control. The visit concluded with a brief tour of EAA’s AirVenture Museum.

“We had a productive conversation about EAA’s importance to the 6th District’s economy and its constituents,” Elliott said. “We look forward to a similarly productive relationship moving ahead.”